Exclusive: Why is MBS missing from the scene and where is he? Saudi sources reveal the truth behind rumors to Daily ... 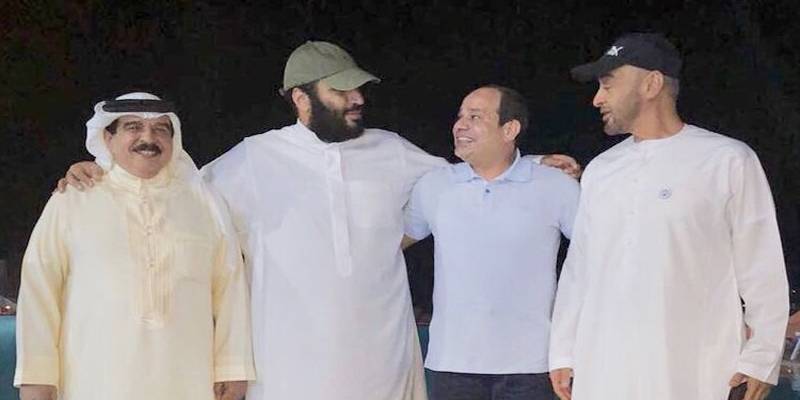 When Daily Pakistan started digging out the truth behind the reports that bin Salman was allegedly hit by two bullets during the April 21 attack on the royal palace in Riyadh and may actually be dead, royal family sources quashed all such reports.

The credible sources confirmed that the 32-year-old crown prince of Saudi Arabia was safe and spending holidays in Egypt with his family on special invitation from Egyptian President Fattah el-Sisi.

They added that leaders of Abu Dhabi and Bahrain are also present with MBS in Egypt.

Taking benefit from his public disappearance, Iranian and Russian media had started reporting that the crown prince died during the April attack on the royal palace.

Iranian newspaper Kayhan reported that Mohammed bin Salman allegedly received bullet injuries during the attack and may actually be dead.

The leading daily cited “a secret service report sent to the senior officials of an unnamed Arab state” to bolster its claims about the status of the most powerful Saudi man.

Additionally, to give credence to its sensational disclosure, the paper said that Bin Salman was not even seen on camera when new US Secretary of State Mike Pompeo paid his maiden visit to Riyadh in late April, though Saudi King Salman bin Abdulaziz Al Saud and Foreign Minister Adel al-Jubeir were photographed.

Besides the Tehran-based papers, some Russian media outlets also alluded to the possible ‘killing’ of Mohammed bin Salman, however, the reports have now been proven unfounded and baseless.

When Daily Pakistan contacted Pakistan Ulema Council Chairman Tahir Mahmood Ashrafi, who recently reached Pakistan after winding up his tour to Saudi Arab, he confirmed that the crown prince was safe and sound.

“I have been in Saudi Arabi on a private tour and met various personalities of the royal family,” he said, adding, “everything is normal in the kingdom”. Enemies who are spreading fake reports about Saudi Arabia will find nothing.

"Those who are conspiring against Saudi Arabia will not be succeeded in their nefarious designs," he said.

Ashrafi said that the Kingdom did not give importance to the fake reports; therefore, no any clarification was issued from Sauid Arabia.

He also shared a recent picture of Mohammed bin Salman with Daily Pakistan in which the powerful royal man can be seen busy in conversation with his friends.