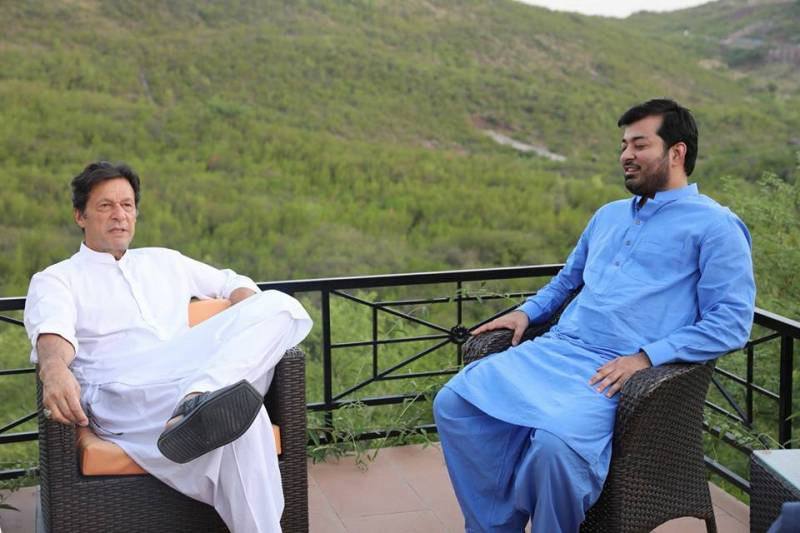 LAHORE – The recent appointment of the head of a Punjab body has been hit with controversy, embroiling the First Lady of Pakistan and the PTI-led government in the country’s biggest province.

An online news portal named as ‘News Today’ on Thursday claimed that “Hafiz Farhat Abbas, a son-in-law of Prime Minister’s wife (Bushra Maneka), is now heading the board of TEVTA”.

It also quoted an official as saying that “the appointment of PM’s wife son-in-law as Chairman Board TEVTA is a question *market* [mark] on the policies of this government which is also promoting nepotism like past governments”.

Had it been true, Mr Abbas’ appointment would have questioned the Pakistan Tehreek-i-Insaaf (PTI) policy to uphold meritocracy by curbing nepotism in the state institutions. But this is actually untrue!

The report of “News Today” has been termed as ‘fake news’ by Superintendent of Police Mumtaz Hayat Maneka, who belongs to Maneka clan.

In a tweet, Maneka confirmed that Ms Bushra Bibi “currently has just one son is law and he’s isn’t even chairman of his room”.

This is a totally fake and fabricated news. Currently she just has one son is law and he’s isn’t even chairman of his room 😂

So far, the provincial government or TEVTA officials have not issued any statement in this regard.

In a Facebook post earlier this week, he thanked PM Imran Khan and Punjab Chief Minister Sardar Usman Buzdar for entrusting him with the responsibility while vowing to do his utmost to make TEVTA "a vibrant and productive organization designated to impart demand-driven technical and vocational training to Pakistani youth, and turn them into skilled human resource competitive in the local and global market on the way to achieving vision of Naya Pakistan".