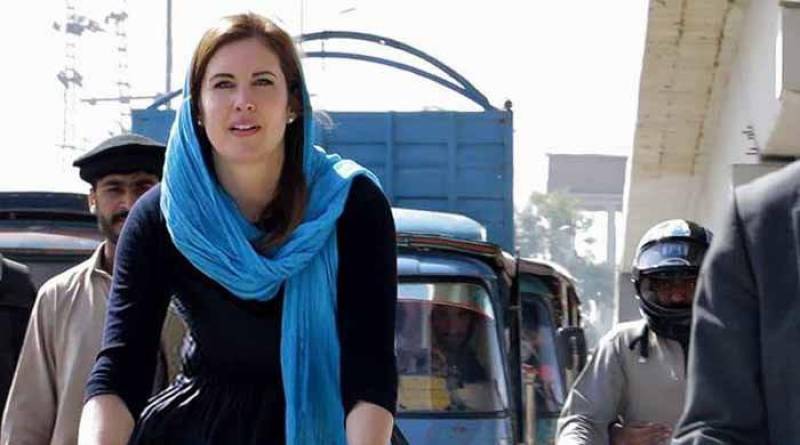 ISLAMABAD – The rumoured detention of pro-Pakistani American travel adventurist, Cynthia D Ritchie by the officials of Federal Investigation Agency (FIA) making rounds on social media has proven to be a blatant lie as facts corroborate something entirely different.

Ritchie, on Monday, was offloaded from Qatar Airways flight on Islamabad International airport, however, many media outlets including 7 News and stateviews which claimed that the FIA had offloaded and arrested her from an international flight either due to the expiration of visa or other issues related to her traveling documents.

Cynthia took to Twitter, clarified that she was offloaded due to an “incompetent official” of the Ministry of Interior, adding that the agency never arrested her as it was a minor issue, contrary to the reports circulating about her.

Failing to disclose all information, including that I had documentation, but due to incompetence from an individual with @MOIPakistan the documentation was not 100% correct - matter was resolved w/ MoI today.

Rule of law should be respected, so should privacy & professionalism. https://t.co/2KMlIWSdeV

Cynthia also shared the screenshots of fake stories and mocked some of the media persons in Pakistan for spreading the fake news about her arrest.

Now I can say I know what it's like to experience #FakeNews, from a $60 web portal and a low rent outlet desperate for views.

These chawwals want world to see this is how a long term guest of PK is treated.

Wrong. I will not be intimidated. Pakistan is my second home. 🇺🇲♥️🇵🇰 pic.twitter.com/dmhYlLwnNO

Because I was recently reported (on https://t.co/8nwROyoTk5 as shown below) as being arrested by @FIA_Pakistan due to my over stay in Pakistan, which was due to my excessive love for Pakistan, I'd like to request my digitally creative friends to photoshop me, pagal gori, in jail. pic.twitter.com/6rphQFiTkx

She also lauded the Pakistani authorities taking action against fake news and removal of her credentials from the internet.

Thank you to the Pakistan authorities for taking swift action by tracing the offensive postings of my passport, etc. I will be following up.

Cynthia has been travelling across the length and breadth of Pakistan and had been portraying the positive image of Pakistan contrary to the propaganda being peddled on the international media. She has also appeared on TV shows with an all-praise attitude for masses.

NEW YORK – Christine fair, the American professor who keeps an eye on the South Asian region, faced a brief Twitter ...