Pakistan tailors new suit for Kulbhushan Yadav's meeting with family, but Indians are not happy with it 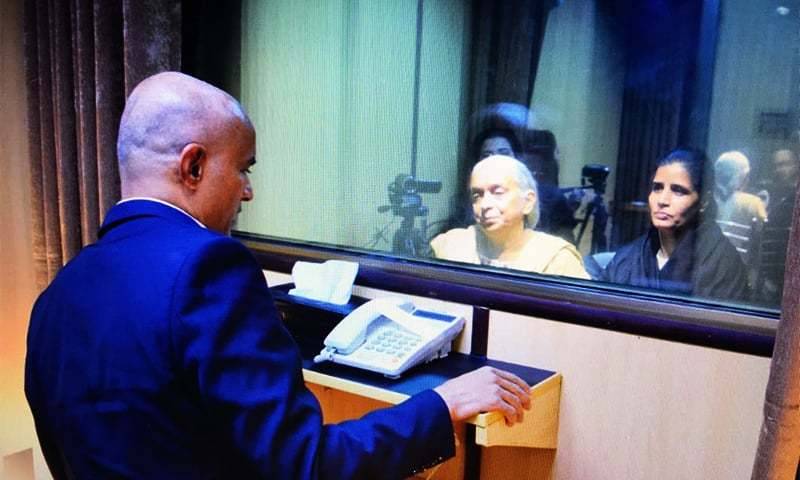 LAHORE - Today, Pakistan arranged a closed meeting between an Indian spy and his family in a gesture of humanity amid border tensions.

Kulbushan Jadhav's mother, Avanti, and wife, Chetankul, held a 40-minute-long meeting with the convicted RAW agent at the Ministry of Foreign Affairs after arriving in Islamabad on Monday morning via a commercial flight.

The Indian Navy officer, who was arrested on March 3, 2016, in Balochistan and sentenced to death by a military tribunal earlier this year for his involvement in terrorism and espionage, also thanked the Pakistani government for arranging the meeting. He said that Pakistani authorities have treated him in a dignified, respectful and professional manner, for which he is thankful.

Images from the first meeting between Jadhav and his family show him wearing a navy blue suit, sitting inside a small cabin and speaking to his family through a bullet-proof glass screen.

The “guests” of Pakistan, as shared by FO spokesman Dr Faisal, were “satisfied with the meeting." But Indians, especially the TV anchors, are not!

In this video, a TV presenter appears to be in great discomfort over the “oversized” suit the Indian spy was wearing.

While the Pakistani authorities keeps a medical report for Jadhav that shows he is in "good health" and "everything is normal", the Indian media insists Jadhav’s body has “shrunk”.

Terming the meeting a “PR stunt by Pakistan”, the news anchor maintains Pakistani authorities were “trying to show there was nobody else in the room” while keeping a close watch through CCTV.

Islamabad has already clarified that only Jadhav's family members were present with him, while Indian Deputy High Commissioner J P Singh and FO officials, who were monitoring the meeting, were outside the room.

The FO spokesperson also said Pakistan would have preferred if Jadhav's wife and mother had spoken to Pakistani media. "This was done in the spirit that Pakistan has nothing to hide and, like all of you, seeks the answers to many questions that remain unanswered," he added.

Considering the nature of crimes of Kulbushan Jadhav against humanity, majority in the country believe the Pakistani side has been courteous enough to arrange a private meeting between the Indian spy and his family, who left in an honourable fashion, before his execution.

The Indian side should now acknowledge the good treatment by Pakistan to their agent and extend their gratitude in return, not such hilarious analysis of his “oversized suits” to boost mass hysteria.