Hussein Mubarak Patel: from a spymaster to Bollywood hero 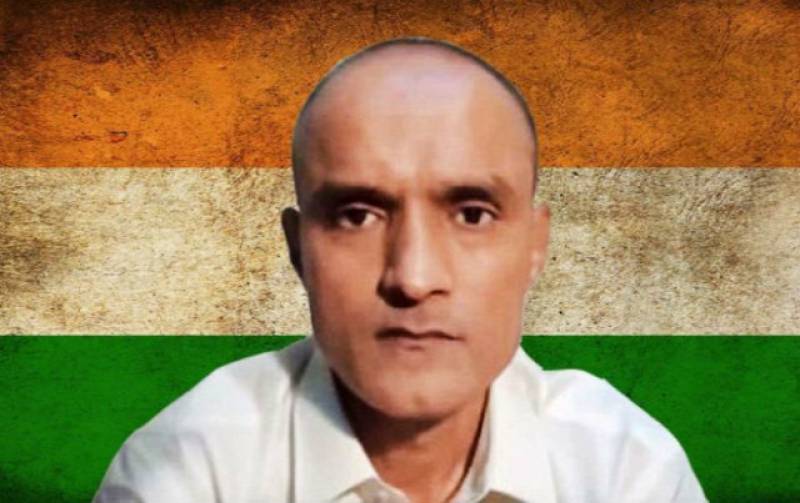 With Kulbhushan Jadhav’s meeting with his mother and wife, a script for Bollywood’s suspense thriller is complete. Ajay Devgan, Kajol and Jaya Bhaduri Bachchan have their roles cut out already.

The cinema-loving nation watched a reality TV show, which will remain on a loop for quite a few days. Republic TV was not the only exception to stretch the human imagination to a new level. Above his ear and right side of the head, an Indian channel found torture marks. Another complained of curtains in the room.

India’s cover story for Kulbhushan Jadhav will get further refined when the three-hour thriller packed with an assortment of item numbers and song will hit the theatres. Contrary to what Pakistan claims, Jadhav is an Indian businessman who was kidnapped by Jaishul Adil, a terror outfit, from Iran’s Chabahar city. He is a family man with two children and caring neighbour.

Upon his arrest, Delhi took little time admitting that he was a naval officer who had opted premature retirement. The cover story portrayed its citizen as one running cargo business in Iran’s Bandar-Abbas and Chabahar ports.

In reality, though, the day India lost contact with Jadhav, his family was shifted from their home No 502B Silver Oak, Powai, Hiranandani Gardens, Mumbai. The apartment in seven-storeyed block remains locked even today. When Islamabad announced his arrest with a valid Iranian visa stamped on the passport, India media failed to access none of his family members, including the in-laws.

Later, Subhash Jadhav - a retired Mumbai police officer – confirmed to Times of India that the man captured by Pakistan was his nephew Kulbhushan, son of Sudhir Jadhav. His authentic Indian passport with a fake ‘Muslim’ name was reportedly used for at least 17 times and remains valid till 2024. However, his work permit on his both passports – with real and fake names - expired in June.

Pakistan believes that he joined R&AW in 2013 while Delhi confesses him to be a commander (equivalent to lieutenant colonel) of Indian Navy “who had opted to retire prematurely”. The then India high commissioner, Gautam Bambawale, came to the foreign minister ready with the version.

Today, his family did not meet Hussein Mubarak Patel but the man Islamabad identified as Kulbushan Jadhav (or Yadav), a serving commander in the Indian Navy. Tehran, Delhi’s strategic ally, tried to stay clear of the row while never denying the authenticity of its photo-bearing visa on the passport KulbushanJadhav carried.

According to Article 29 of customary International Humanitarian Law, “A person can only be considered a spy when, acting clandestinely or on false pretences, he obtains or endeavours to obtain information in the zone of operations of a belligerent with the intention of communicating it to the hostile party."

Considering the legalities, India has insisted that the ‘former’ naval officer was a civilian who deserves counselor access. Neither unlawful combatants nor spies have legal rights as other prisoners. It’s the captors’ prerogative to grant any rights whatsoever.

Thus, Article 30 of the IHL reads, “A spy taken in the act shall not be punished without previous trial.” India and Pakistan have been trying spies in military courts. The sentences have been rarely challenged in the Supreme Court. More recently, India has been exerting the pressure of civil society on the pretext of humanitarian grounds. In one case, an attempt was made to shield a convicted spy as a case of mistaken identity.

Long history of espionage has many dark tales where neither the alleged spy was identified or brought to the public nor any meetings with family occurred. In November 2013, Uttar Pradesh police claimed to arrest an ‘ISI agent’ named Mohammad Kalam alias Mohammad Ejaz who carried Indian ID card as well as his Pakistani CNIC. India did not demarche on Pakistani high commissioner. Islamabad did not buy Delhi’s claim on his citizenship. Thus, no counselor access was sought.

Hamid Nehal Ansari, an alleged R&AW agent, was arrested from Kohat in 2012. A military court jailed the alleged Indian citizen for three years. Delhi never sought counselor access. His family did claim that he might have mistaken strayed into Pakistan. Hamid may never go to India after being dumped by the state he calls home.

It always depends on the significance of the asset and the embarrassment he can bring by sharing precious information. Since he was so vital for National Security Advisor Ajit Kumar Doval that Indian did not use the standard alibi of dumping the compromised asset. Sarabjit Singh was a low-level agent. Though no counsel access was sought but Modi did announce three-day mourning over his hanging besides announcing Rs10 million compensation for the deceased’s family.

Seemingly Pakistan has enough solid proof of Jadhav’s affiliation with R&AW besides what has been shared with the public. The meeting with the family further goes to prove that he is the man Islamabad him to be. The instance will be used to prove some very vital points in the ICJ moved by India. The question of granting counselor access is beyond the causal statement of Foreign Minister Khawaja Asif. Permission to India’s deputy high commissioner to accompany his mother and wife was for their security. Islamabad exhibited transparency with his attendance that it won’t quiz the family by tricking them into the meeting. A prisoner met his family while in jail. Those expecting more are being fanciful.

For India, the live televised meeting will provide a huge boost to anti-Pakistan sentiment. Delhi’s sensational and quasi-professional media will use the footage to feed into BJP-RSS mantra against Pakistan while the anti-Modi-media camp is portraying it yet another failure of the government for failing to coerce Islamabad into submission.

For Kulbushan and his family, the future is bleak. While the meeting with wife and mother may not be the last, his death sentence is quite certain. The ICJ proceedings may delay the execution but won’t bring greater relief for him. Delhi has itself closed all doors of hope for its citizen’s family. Islamabad has to justify its war against terror and counter India’s campaign against CPEC as well as its internal peace.

The thriller starring Ajay-Kajol may not have a happy ending after all.