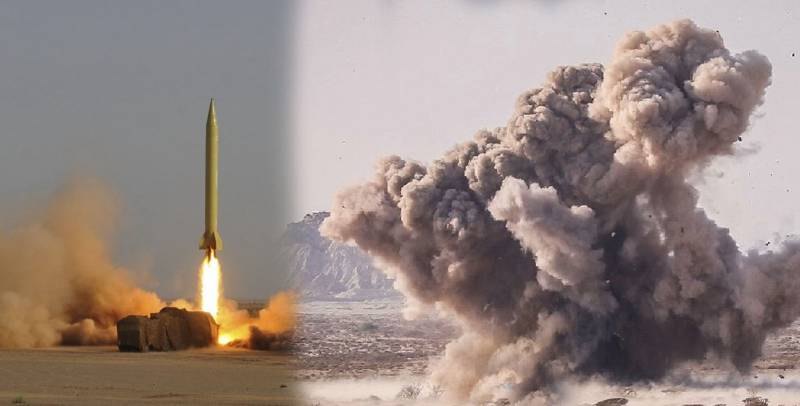 Iran’s military exercise dubbed as Payambar-e-Azam means ‘Great Prophet’, occurred in Bushehr, Hormozgan, and Khuzestan provinces, each of which touch the Gulf.

The ballistic missiles fired during the war games across the country’s south were Emad, Ghadr, Sejjil, Zalzal, Dezful, and Zolfaghar, and that their ranges vary between 350km and 2,000km (220-1,250 miles).

Iranian TV also broadcasted clips of missiles striking the target structures and issued a threat to the Jewish state.

Iran armed forces chief Major General Mohammad Bagheri told the state-run broadcaster that these exercises were designed to respond to threats made in recent days by the Zionist regime.

He said sixteen missiles aimed and annihilated the chosen target. Hundreds of Iranian missiles are capable of destroying a country that dared to attack Iran.

A senior Biden administration official has said that US national security adviser Jake Sullivan will visit Israel this ...

Iranian officials claimed its ballistic missiles have a range of 2,000 km and are capable of reaching Israel and US bases in the region if provoked.

Meanwhile, commander of US Central Command General Kenneth McKenzie has acknowledged the capability of Iranian ballistic missiles with high precision.

JEDDAH – Amid speculations about an Israeli strike, mystery surrounds an explosion at the Bushehr nuclear power ...