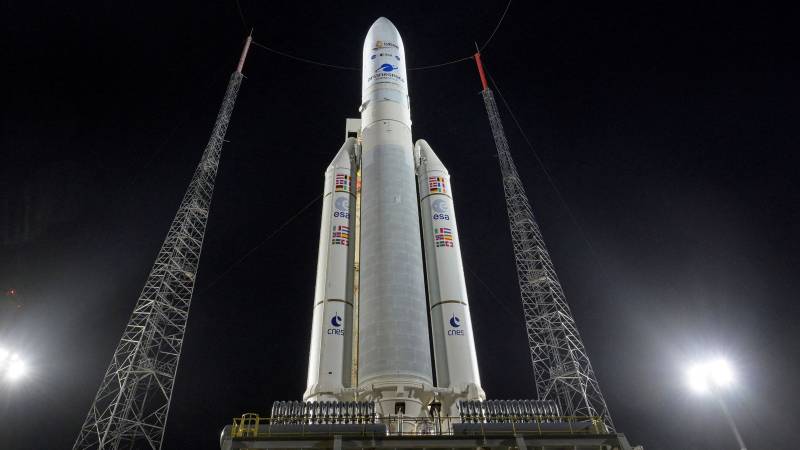 WASHINGTON – The National Aeronautics and Space Administration Saturday launched the $10 billion James Webb Space Telescope which was expected to unearth new things that the world hadn't seen before.

James Webb Space Telescope was developed to capture the first glimpse of the universe and was expected to profoundly transform scientists' understanding of the universe.

Following a weather delay earlier, hope is high that the instrument will be a go off the coast of South America. The replacement for the Hubble telescope, will unearth first glimpse of the infant universe as it existed when the earliest galaxies are believed to have formed.

Reports said after around half an hour ride into space, the 14,000-pound instrument will be released. The launch was earlier delayed by a day due to a forecast of high-level winds at the spaceport.

It will spend another month reaching its destination in solar orbit which is about 1 million miles from the Earth and after about six months of alignment and calibration, its operation will be managed from the Space Telescope Science Institute.

The mega project has taken 3 long decades and is regarded as one of the grand scientific endeavors of the 21st Century.

Webb telescope was named after a former NASA Chief, it follows in the footsteps of the legendary Hubble but intends to show humans what the Universe looked like even closer.

Its mirror stands around 6.5 meters in diameter, around three times the size of the Hubble's mirror, and is made of 18 hexagonal sections.

The first-of-its-kind space-science observatory was designed to view the cosmos just 100 million years after the Big Bang which scientists claimed as the theoretical flashpoint that led to the expansion of the universe 13.8 billion years ago.

Webb project co-founder John Mather termed the telescope's unprecedented sensitivity. James Webb Space Telescope can see the heat signature of a bumblebee at the distance of the Moon, he said.

The Webb space telescope is a cooperative venture of NASA and the European and Canadian space agencies. The massive amount of data collected will become public one year later.