NASA spacecraft touches the sun for the first time ever 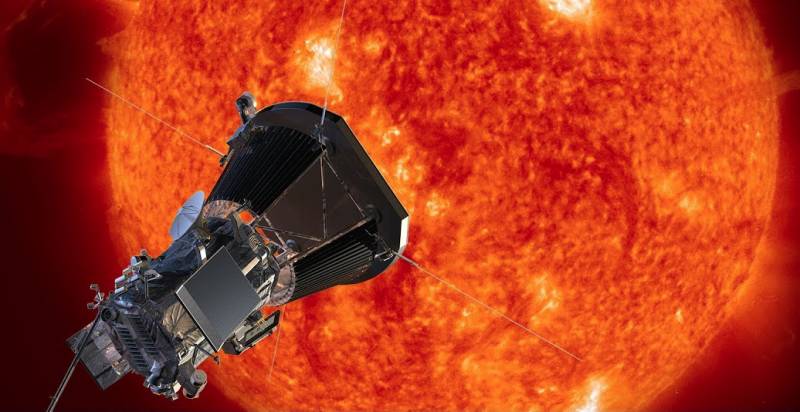 Scientists believe that the long-awaited leap will help people better understand the solar system and the sun’s influence on the gravitationally bound system.

The major announcement was shared on Tuesday during a meeting of the American Geophysical Union which stated that the Parker solar probe literally glided through the corona in April during the spacecraft’s eighth close approach to the main parent star of the Earth.

Officials while sharing the development mentioned that it took a few months to get the data back and then several more months to confirm what was recorded.

Parker Solar Probe, which dipped into a region around our star that scientists call the corona and withstand extreme heat and radiation but managed to capture new insights on how the Sun works.

NASA’s spacecraft, which glides at the colossal speed at over 500,000km/h, was reportedly launched around three years ago.

The manmade spacecraft was just 8m miles from the center of the Sun when it first crossed the jagged, uneven boundary between the solar atmosphere and outgoing solar wind. As pe the release, Parker was dipped in and out of the corona at least three times, each a smooth transition, according to scientists.

In the pictures and clips shared by the Us agency, the corona appeared dustier than expected, while scientists are little aware of the origin of the solar wind, and how it is heated and accelerated out into space.

A NASA solar probe 'touches the Sun' and looks out on the Milky Way.

Researchers are fascinated by the corona because it's where some key processes take place that currently defies explanation. Parker's team name pseudostreamer to huge structures that come forth from the megastar.

BEIJING – China has planted his five-starred Red flag on the surface of the moon, becoming world’s second ...

NASA team will gather more data as the probe ventures ever deeper into the corona on future flybys of the Sun. It should eventually get to within 7 million km of the photosphere in 2025.