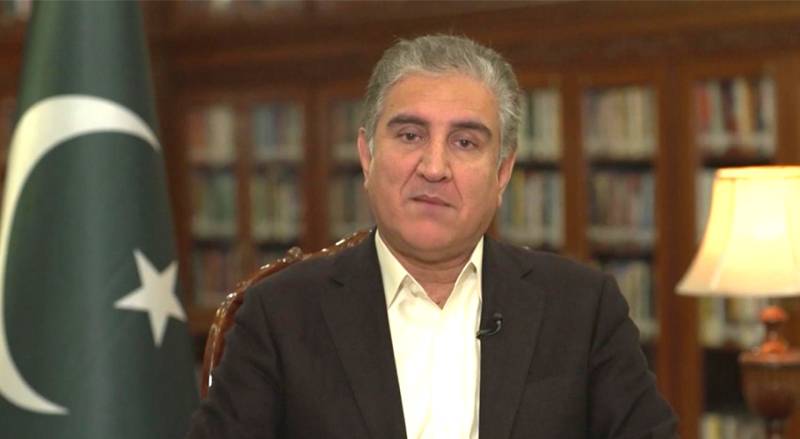 ISLAMABAD - Foreign Minister Shah Mahmood Qureshi has expressed the confidence that the US President Donald Trump will raise the issue of Kashmir dispute during his meeting with the Indian Prime Minister in New Delhi.

Talking to a private television channel today (Tuesday), the foreign minister said that the US President understands the sensitivity of the issue between the two nuclear-armed neighbours.

He also termed President Donald Trump's statement about Pakistan-US good relations on the Indian soil as an extraordinary one and said that the statement has a special significance as it was made in the gathering of BJP supporters.

Shah Mahmood Qureshi said the Indian side will have to review its policy.

Earlier, the roars of appreciations turned into a pin drop silence at the crowded stadium of Indian city of Ahmedabad as United States President Donald Trump said the Pakistan-US relationship was "very good one".

There was huge applause going on as Trump, who arrived on the two-day maiden Indian visit, spoke of his country's anti-terror efforts and the US-Indian ties with Narendra Modi also seen joining the crowd for an ovation.

Suddenly, to the shock of the crowd, Trump turned the course of speech towards the Pak-US relations saying "Our relationship with Pakistan is a very good one".