Trump offers to mediate between Pakistan, India on Kashmir – again 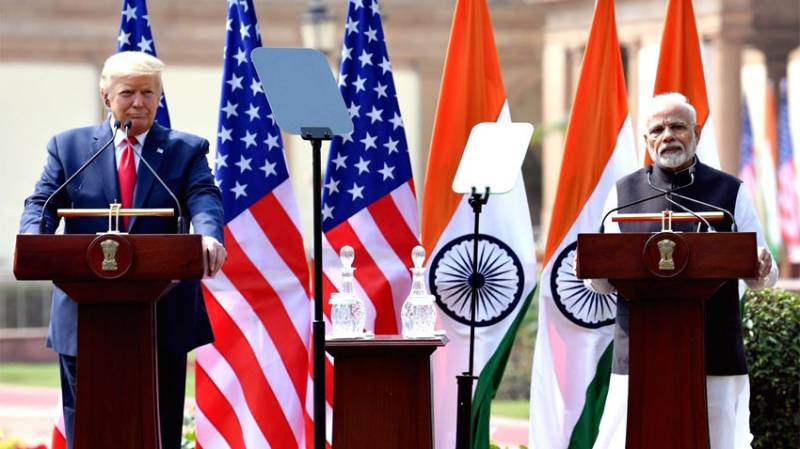 NEW DELHI – United States President Donald Trump has once again offered to mediate between Pakistan and India on Kashmir dispute.

Addressing a joint press briefing with Indian Prime Minister Narendra Modi in New Dehli on Tuesday, he said Kashmir has been a thorn in lots of people's sight for a long time.

Replying to a question regarding Modi government's move to end special status to Jammu and Kashmir and the massive restrictions since August, including a communication and security lockdown in Occupied Kashmir in which hundreds of politicians have been in custody, President Trump said I think India, Pakistan will work out their problems.

ISLAMABAD – At least 70 Kashmiris, including two women and four young boys, were martyred by Indian troops during ...