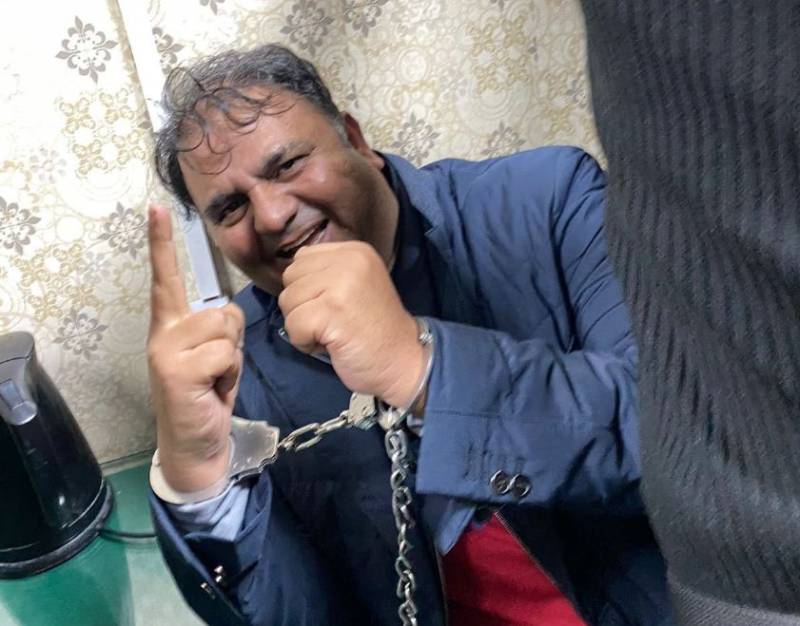 LAHORE – A local court in the provincial capital has approved PTI leader Fawad Chaudhry's transitory remand to the Islamabad Police hours after the arrest of a defiant politician in a sedition case.

Chaudhry, the senior PTI leader and a close aide of Imran Khan, was produced before Lahore’s Cantt Court for his transitory remand after his arrest in the early hours of Wednesday.

Chaudhry was presented in the court in handcuffs; speaking with media, he said cops detained me in a similar way as they arrest a militant. Comparing himself with anti-apartheid activist Nelson Mandela, the former minister said he is proud to be booked under the same case in which the former President of South Africa was detained.

The arrest of the former information minister was confirmed by several members of Pakistan Tehreek-e-Insaf. PTI leader Farrukh Habib took to Twitter where he confirmed that the capital force held Fawad Chaudhry from his house in Lahore, slamming the ruling alliance for arresting the PTI leader in a ‘state of panic’.

A copy of the FIR lodged against the outspoken politician also surfaced, according to which Chaudhry has been booked under several sections related to sedition, promotion of enmity, criminal intimidation, and statement conducing to public mischief. 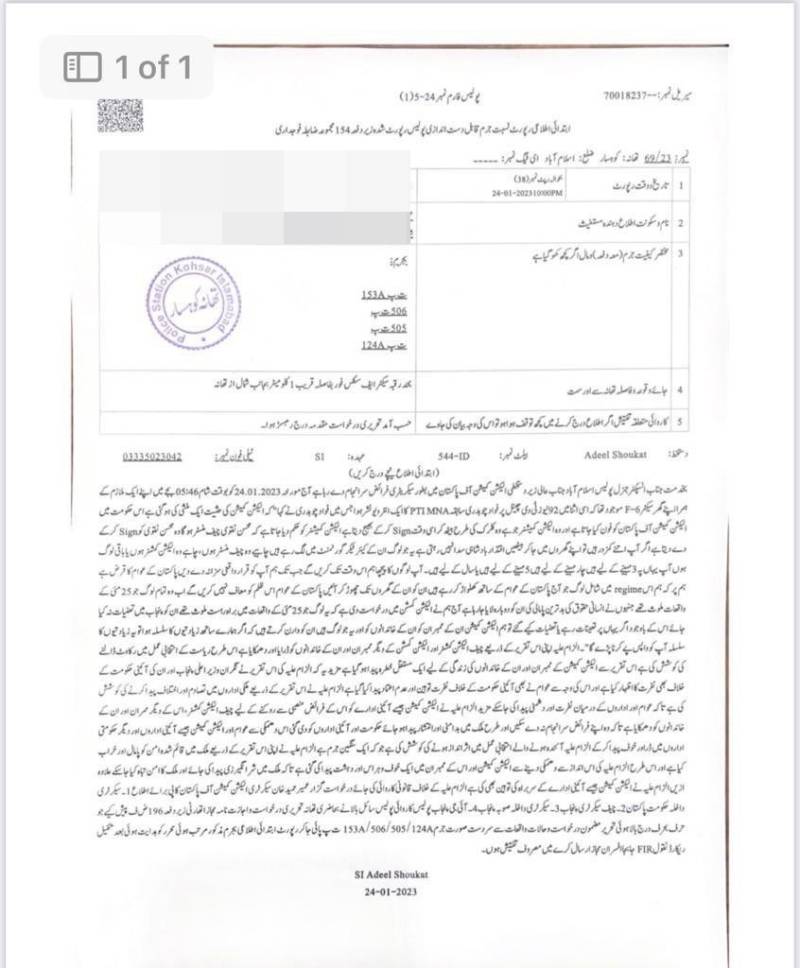 The FIR was registered against the PTI leader in Kohsar Police Station on the complaint of the Secretary ECP.

His arrest comes on the heels of PTI workers gathering outside the Zaman Park residence of the party chairman, as activists claimed to avert the incumbent government's plan of arresting Imran Khan.

Following the development, several PTI leaders took to social media to denounce Fawad’s arrest while a clip was also shared by official PTI Twitter account showing police vehicles that PTI claimed were carrying Chaudhry to the federal capital from Lahore.

Utterly shameful. Arresting @fawadchaudhry bec he called ecp secy a Munshi! Fascism at its worst. How can calling someone a Munshi or any other derogatory term even be a cause for arrest? Let alone keeping him at CTD lockup? Terrorists roam free but political opponents arrested!

The series of unlawful activities continues. @fawadchaudhry’s phone have been switched on at CTD station, and messages are being read. Fascism of this regime in unprecedented. pic.twitter.com/QtGpxUQcyP

We live in a country were former Prime Minister cannot register FIR, but Fawad Ch will be arrested immediately over an absurd FIR by a Secretary. Worse than Banana Republic.