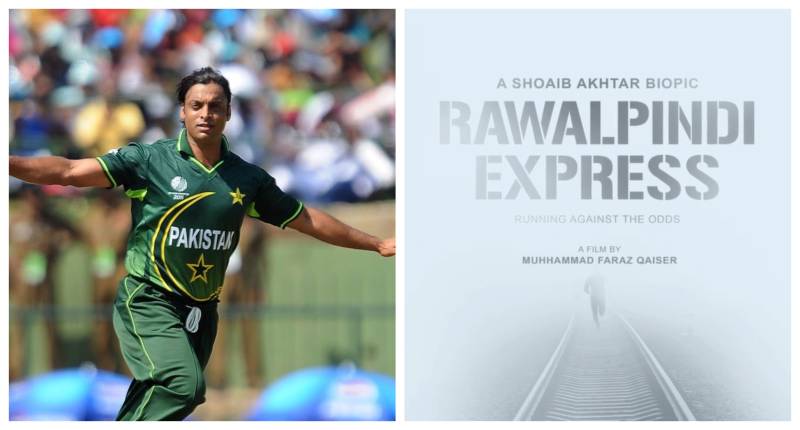 Former Pakistani cricketer Shoaib Akhtar is among the most celebrated sports personalities in the entire world. With millions of fans, and a legacy left behind, the 47-year-old bowler inspired a biopic to be produced by Q Film Productions. However, both the lead actor and Akhtar himself distanced themselves from the project due to irrevocable differences based on creative aspects.

Akhtar recently stated that the producers of his biopic violated an agreement by not seeking approval on the script or key actors which infuriated Akhtar who practically had no say in narrating his own story.

The biopic titled Rawalpindi Express was announced in July 2022. According to Akhtar, the film was going to be the first foreign film about a Pakistani sportsman. Directed and produced by Dubai-based filmmaker, Faraz Qaiser, the project would have documented the rise to fame of one of the fastest bowlers in the history of cricket.

Earlier this month, Pakistani musician and actor Umair Jaswal who had been roped in to play Akhtar, also announced his exit from the project due to “creative and personal reasons.”

Akhtar wrote, "Very sadly, I would like to inform all of you that after careful consideration of months, I have decided to disassociate myself from the film "Rawalpindi Express" & its makers by terminating the agreement through my management & legal team. Definitely, it was a dream project, and tried a lot to prevent and stay in the boat, but unfortunately, things were not going well. Failure to resolve disagreements amicably & constant contractual violations finally resulted in us to cut ties with them. Therefore, I have left the project after complying all legal protocols of revoking the rights to the story of my life. Severe legal action will be taken if the makers continue to make biography film and use my name or life story events in any way."

Speaking to Arab News, Akhtar suggested, “As per the agreement, clear clauses were written that approvals will be taken from Shoaib Akhtar in terms of script and lead actor as well as actors portraying Akhtar’s immediate family members.”

The former pacer added, “At different stages, the director was asked to share the script. [There were a] few months of excuses and then eventually it was clearly communicated to us that the script will not be shared as it is the director’s prerogative to choose actors and the final script.”

Shoaib informed, “As per the agreement, there was a 60-day dispute resolution clause. We followed that completely, and sent notices but no script was shared and they kept on hiring and firing actors without our feedback. We sent termination after finishing the legal time period.”

“They’re not the makers [of the film] anymore. The contract is terminated legally. There’s no room for them to continue making my life story. I repeat, absolutely no room for my story to be told by them. There will be strict legal action if it continues and [we will do] everything possible in the law to stop them,” Akhtar concluded.

The Rawalpindi-born star was the first cricketer to bowl at 100 miles per hour, a triumph he enjoyed twice in his career. Akhtar took 178 Test, 247 One-Day, and 19 Twenty20 wickets during his cricket days.

Amidst the messy situation, the producer, Qiaser has refused to issue any statement as of now.