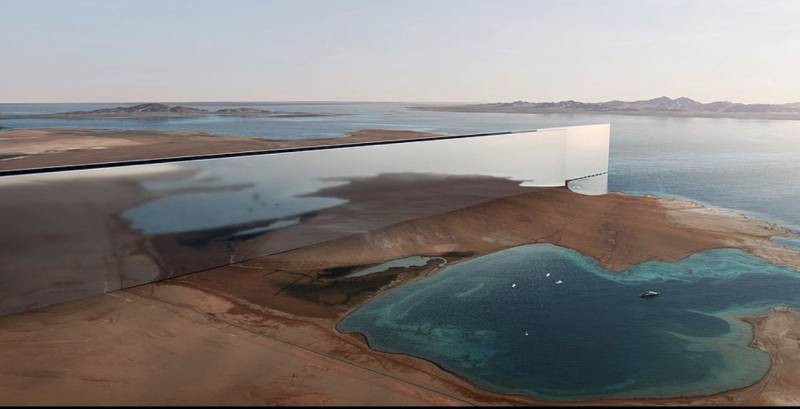 Saudi crown prince’s urban megaproject will have two 120km long skyscrapers that are said to be the tallest structure ever, Wall Street Journal reported.

The American daily citing confidential documents said that Kingdom mulled shifting its source of income, and planned to construct an economic hub, while the recent details reveal what the project actually looks like.

The project dubbed Mirror Line will comprise two buildings running in parallel, and it will be nearly 1,600 feet tall. The two buildings will be connected via walkways, and a high-speed train will run underneath them, per the report.

Interestingly, the visitors to the 'dream city' will be entertained by a sports stadium 300m above the ground.

The plan, which will be constructed to attract the masses, will cost trillion dollars. It’s planned to house five million people upon completion.

The wild futuristic dreams of the Saudi de facto ruler, and just how handsomely foreign consultants were being paid to help achieve them.

The megacity, which will be nearly 33 times the size of New York City, is being built in the Tabuk province of the northwestern region of the Kingdom.

Earlier, a Saudi activist Abdul-Rahim al-Howeiti, who refused government orders to give up his home to make way for a new mega-project, was killed by security forces while Saudi authorities remained mum on the alleged killing.