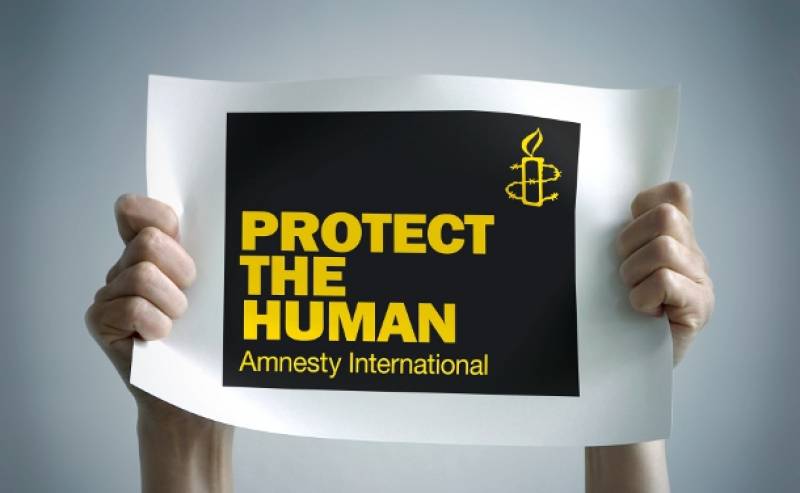 BENGALURU (News Desk) - The Indian police have registered a case against the Amnesty Interna­tional's Indian chapter on the charges of sedition and unlawful assembly following an event held in the city of Bengaluru which highlighted the atrocities in Indian-held Kashmir.

According to the Indian media reports, the Amnesty Interna­tional had invited Kashmiri families at its "Broken Families" event held at the United Theological College, JC Nagar, on Saturday. During the event, a person reportedly chanted pro-freedom slogans.

Police officials said that the First Information Report (FIR) included sections 124-A, 153-A, 142 and 147 of the Indian Penal Code. The sections deal with sedition, promoting enmity, unlawful assembly and rioting allegations.

Media reports suggested that the case was registered on the request of the Bhartia Janta Party's (BJP) student wing which had strongly protesting the event of the Amnesty Interna­tional.

It is also worth mentioning here that the "Broken Families" event aimed to invite families from India-held Jammu and Kashmir to talk about what was happening to their loved ones and the problems they were facing in the region due to the presence of Indian security forces.