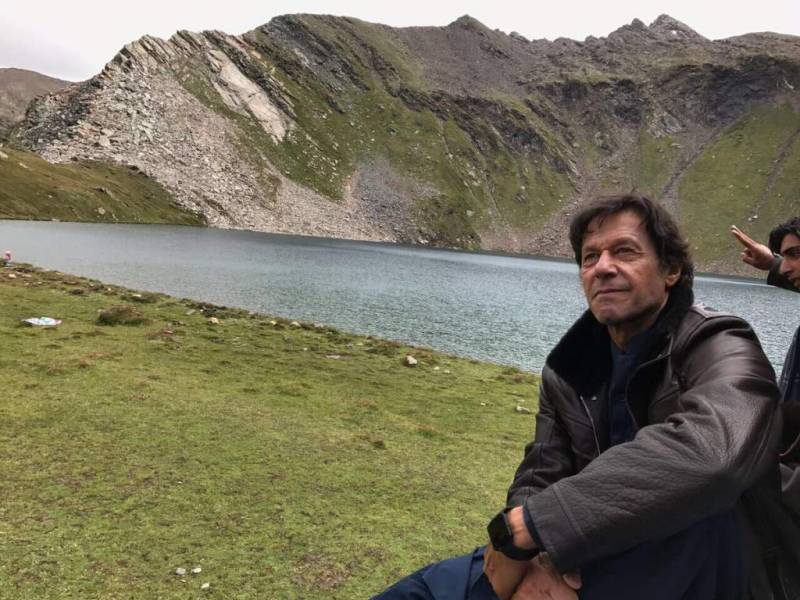 Eyeing investment, the government has launched a new visa regime to attract tourists and shore up the economy, but there are many slips between the cup and the lips, especially when the lips belong to the ruling regime and the cup to the hiccups.

As a Pakistani, it is somewhat patriotic to advocate the beauty of the North to attract globetrotters, but one needs to zoom out and look at a bigger picture to effectively tap the untapped sector.

For tourists.visa, be it online or through courier service, has not been a massive obstacle and for Pakistan, it’s not worthwhile to be considered. However, the problem lies with the security situation and the amenities Pakistan has to offer, when compared to Paris, London, Istanbul or Prague and countless other tourist hotspots.

The new visa regime helps swift processing before one sets foot on the ground. However, after that approval, a tourist has to land in Pakistan and find places of natural attraction topped up with artificiality.

Moving up North, the infrastructure of the roads is not in good shape. Additionally, the hotels charge as per their choice and defy all hygiene standards.

Moreover, the staple drink of tourists remains banned in the country though it is consumed behind closed doors. The atmosphere of fear due to cultural barriers and security threats is the first thing that should be wiped off North and elsewhere if the government is serious in re-branding Pakistan to the outside world.

In the first phase, the government has opened up the country for citizens from seven countries, ignoring the neighbors.

Religious tourism still needs to be tapped in the country for which the opening of Kartarpur Corridor is a beginning; however, there are five other Gurdwaras in Punjab that need to be focused on, including Bhai Bahlol and others some of which belong to the third Sikh guru, Guru Amar Das.

Pakistan also offers lucrative spots for the Hindu community which is based mostly in India and in Pakistan’s Sindh province. Under the ‘Protocol on Visits to Religious Shrines 1974’ both South Asian countries are exchanging pilgrims, however, Pakistan can still offer more with a string of temples tucked across its land.

Attracting tourists from India would increase Pakistan’s soft power to a great extent – a tool of persuasion in the international community which Pakistan has not been able to utilize as well as India which brands itself as a modern, enlightened nation through its showbiz, sports industry, and a well-placed Diaspora.

Pakistan’s Taxila contains a fair share of treasure for followers of Buddhism, including the statue of a Buddha in Swat and Buddhist stupa near Dadu in Sindh.

The advantage of religious tourism is multi-pronged. Firstly, the bucks, but most importantly, the snowball effect which it would create.

As a matter of fact, it is easier for an Indian or a Sri Lankan citizen to visit Pakistan than for a European or an Emirati because Asians have had gone through the same security scare and so they can distinguish the ground reality from media portrayal as Pakistan is now much safer than what western media portrayed over the years.

Another advantage of attracting religious tourists is the presence of most of their sites of attraction in South, including Sindh and Central Punjab where infrastructure is already in place, making it easier for the sitting regime to fine tune it as compared to setting up a string of restaurants and other accessories in hilly areas.

When it comes to North, the government should indulge in public-private partnership to dedicate hotels for foreigners wherein food menu should be different, guided tours should be well arranged, focal persons should be appointed and it should all be one click away.

Moreover, the people from far off places in Pakistan should be convinced to visit mountainous areas for which private tour operators are already in place. Such operators should be given subsidies in the form of toll tax exemption and other benefits for citizens to throng to North Pakistan.

Another string of tourism which Pakistan can utilize keeping in view its resources is medical tourism.

Every year, dozens of Pakistanis travel to India for liver transplant as the facility is in the initial stages in the country. Pakistan Kidney and Liver Institute has started functioning and in years to come, Pakistan can attract patients from South-Asia at least.

The prospects of medical tourism in Pakistan are great because the country produces hundreds of competitive physicians and surgeons – who prefer relocation to the US and Europe for a better standard of life.

Pakistan already has dozens of mid-level hospitals, which can be upgraded for promoting medical tourism as a well-skilled workforce is already in place.

Pakistan’s tourism needs structural changes at the ground level than merely easing visa process which is the weakest link in the chain.

For Pakistan to earn a handsome amount of money through tourists, our ruling regime should get rid of the delusion that the beauty of our mountains, lakes, forests and deserts is matchless, as countries like Turkey, Switzerland, the US, Norway, Singapore, Azerbaijan and others offer much more to the eyes in a scare-free environment.

Instead of engaging politicians more, travellers like Javed Chaudhry, bureaucrats like Kamran Lashari and physicians like DrAamer Aziz should be roped in to boost the industry.

Stop-gap arrangements, a makeover of visa regime, marketing of resorts, Twitter branding would not help Pakistan utilize its potential to the fullest.