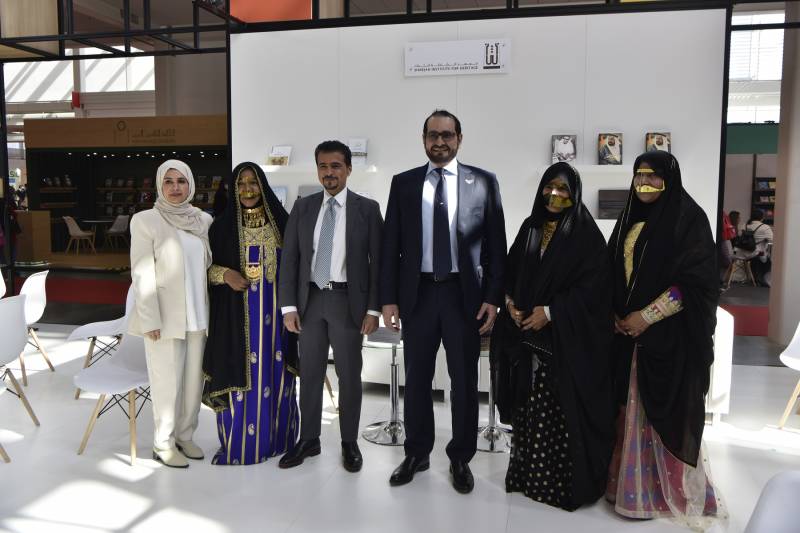 BOLOGNA, Italy - HE Omar Obaid Alshamsi, UAE ambassador to the Republic of Italy, has emphasised Sharjah’s participation in Bologna Children’s Book Fair (BCBF) 2022 as Guest of Honour (GoH) is a big step forward in strengthening UAE–Italy relations and lauded the emirate for successfully showcasing the UAE’s and Arab region’s culture and heritage to nations worldwide.

The statement was made during an official visit to the Sharjah pavilion, where Alshamsi was received by HE Ahmed Al Ameri, Chairman of the Sharjah Book Authority (SBA). The ambassador toured the pavilion, learning more about Sharjah’s GoH showcase at the book fair, including its literary and cultural offerings, exhibitions, and more.

He noted that the popularity of Sharjah’s offerings at the book fair testifies to the success of the emirate’s vision in building bridges of understanding and cross-cultural dialogue through books, literature, heritage and arts.

During the tour, Obaid learned about the various publications on display by the emirate’s cultural entities including magazines, books and literary translations. The ambassador also stopped at the Arabic calligraphy exhibition, which showcased the works of renowned Arab and Emirati calligraphers, and joined the book fair’s audience to watch a colourful performance of Emirati dance and music.