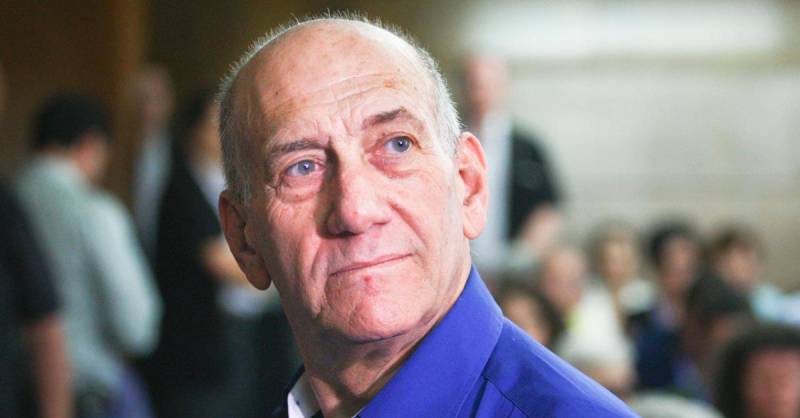 JERUSALEM (Web Desk) - A court in Jerusalem has sentenced former Israeli Prime Minister Ehud Olmert to eight months in prison for fraud and breach of trust, the BBC reported on Monday.

He was convicted at a retrial in March of accepting illegal payments from an American businessman while he served as mayor of Jerusalem and trade minister.

Last year, he was sentenced to six years in prison for accepting bribes.

Olmert has denied any wrongdoing and will remain free until his appeals against both convictions are heard.

A Supreme Court decision on the first appeal is expected in the next couple of months.

If he is unsuccessful OImert will become the first former head of government in Israel to be jailed.

Olmert served as prime minister from 2006 to 2009. He was forced to resign amid a flurry corruption allegations, which ended his political career and disrupted the peace process with the Palestinians.

In 2012, Olmert was acquitted of fraud, concealing fraudulent earnings and breach of trust in connection with donations received from a New York-based financier, Morris Talansky between 1997 and 2005.

However, a retrial was ordered after a former aide, Shula Zaken, accepted a plea bargain and testified against Olmert. Ms Zaken gave prosecutors diary entries and tape recordings of conversations in which Olmert referred to receiving the money.

Olmert was found guilty of fraud and breach of trust in March and on Monday was sentenced to eight months in jail. He was also given a suspended sentence of an additional eight months and fined 100,000 shekels ($25,000; £16,000).

The Jerusalem District Court said the sentence recognised Olmert's contributions to Israeli society, but noted that "a blag flag hovers over his conduct".

Olmert's lawyer Eyal Rozovsky said they were "very disappointed" by the sentence.

The former prime minister has always insisted that he is innocent and has described the allegations against him as "a brutal, ruthless witch-hunt".

The 69-year-old is also appealing against the six-year sentence he was given in May 2014 in connection with a real estate deal at took place when he was mayor of Jerusalem in the 1990s.

He was convicted of accepting bribes in return for speeding up a controversial residential development, known as Holyland, in the heart of the city.