Harassment on campus: Private institute turns out to be a nightmare for female students and employees 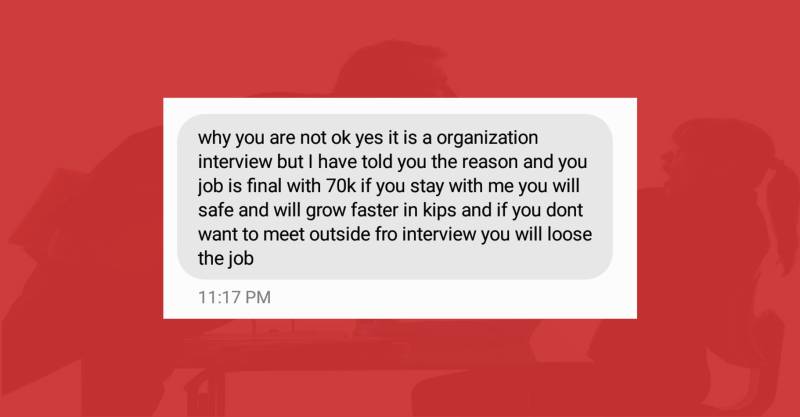 LAHORE- Sexual Harassment is taking place against female students and employees of a renowned private educational network, at the hands of professors and administrative crew, learnt Daily Pakistan Global.

A victim of such incident approached the outlet and shared the traumatic incident she faced when she applied for a position at the private institute centred in Lahore.

According to her, after she applied for the job, she has had four interviews and was promised a healthy salary. However, soon these promises of a career turned into harassment after the interviewer started demanding to "meet alone". 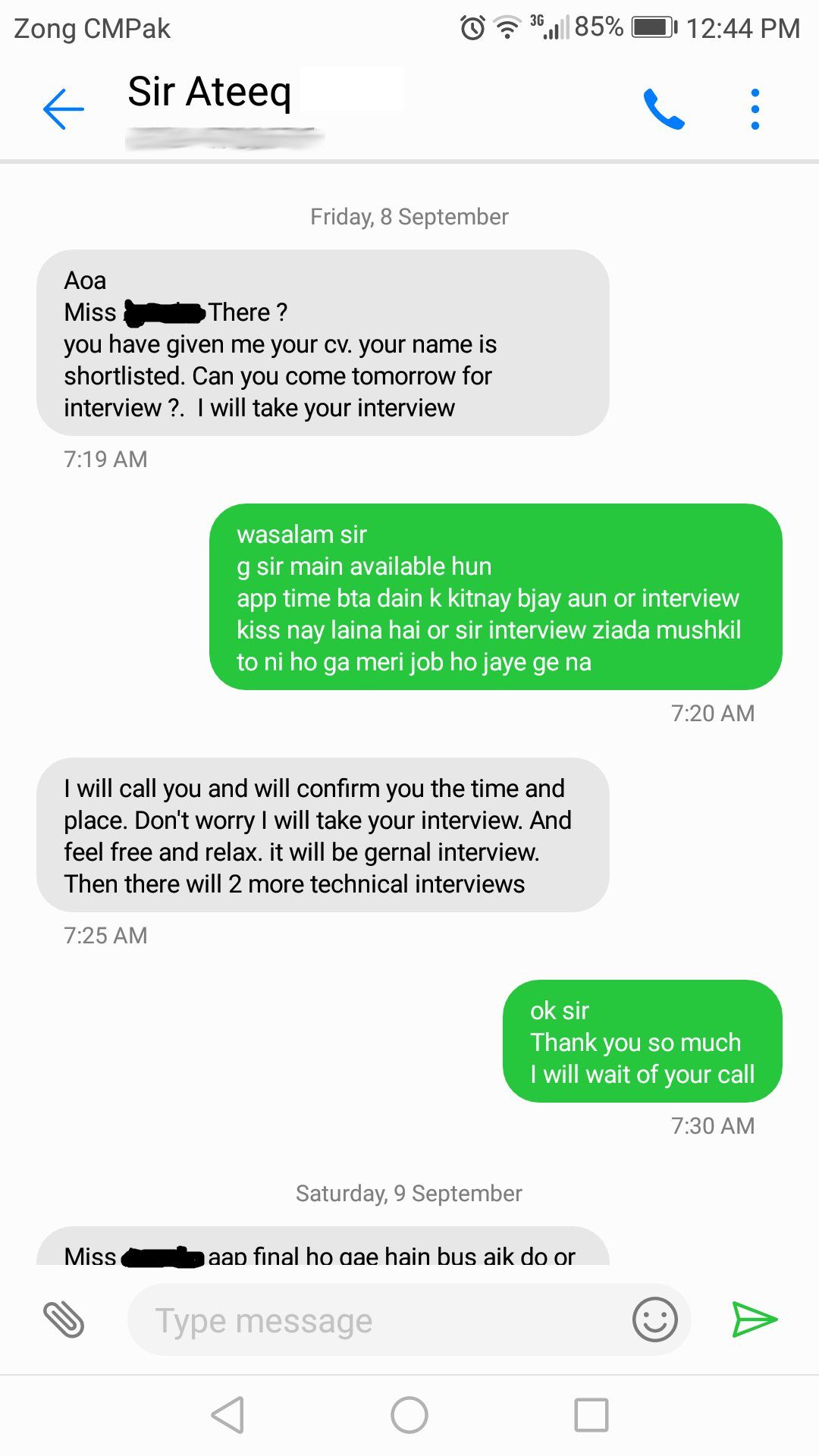 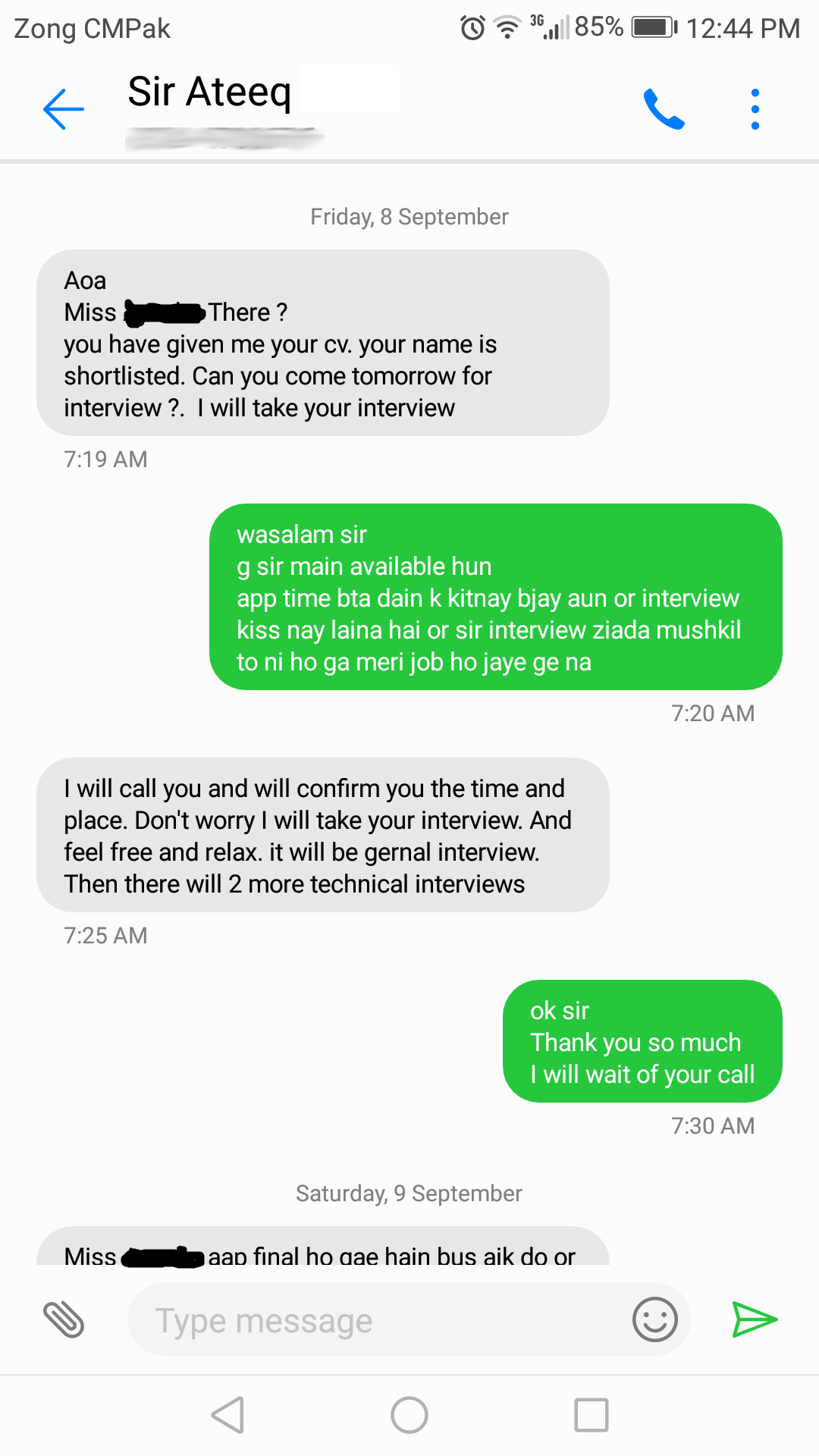 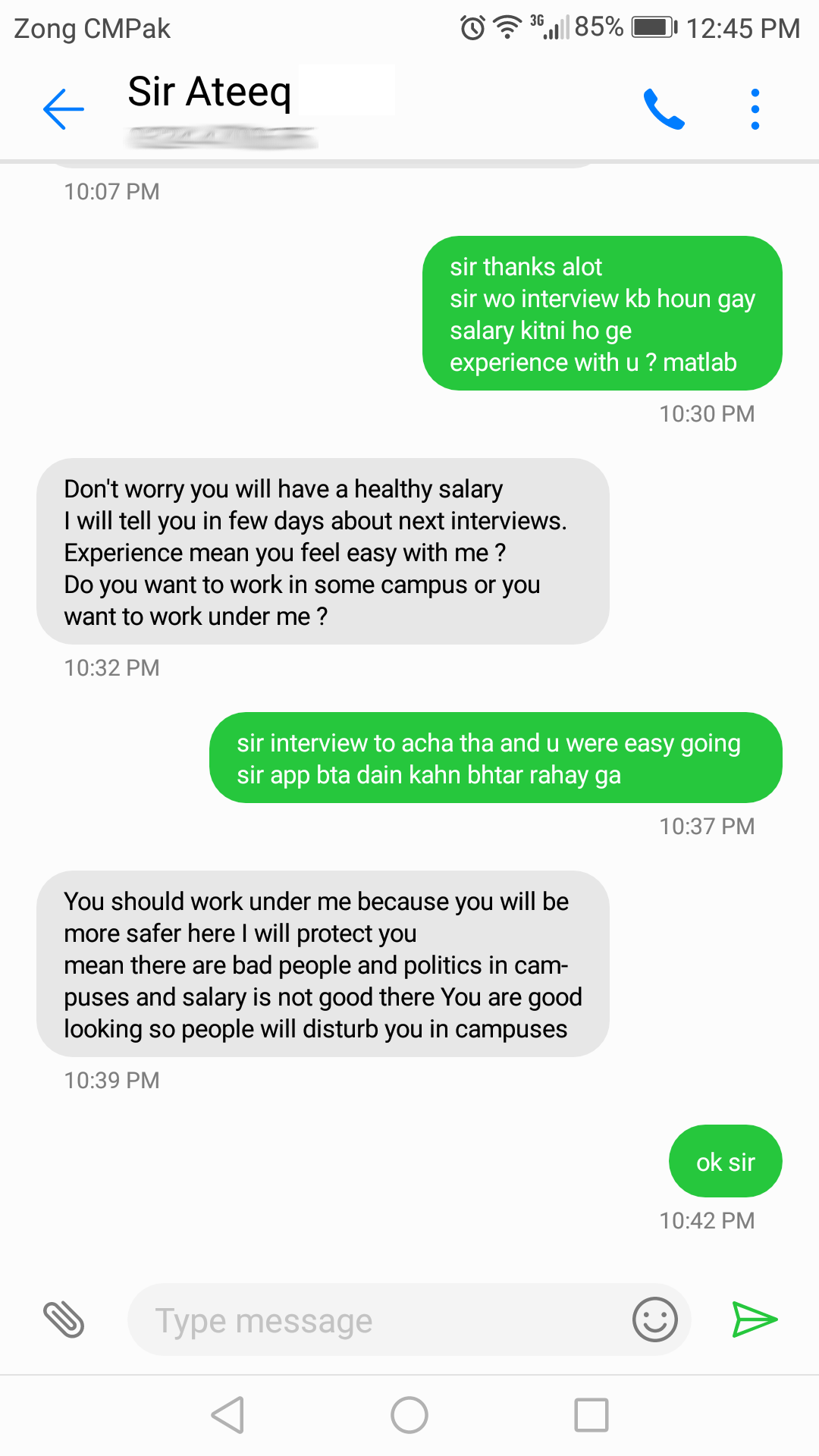 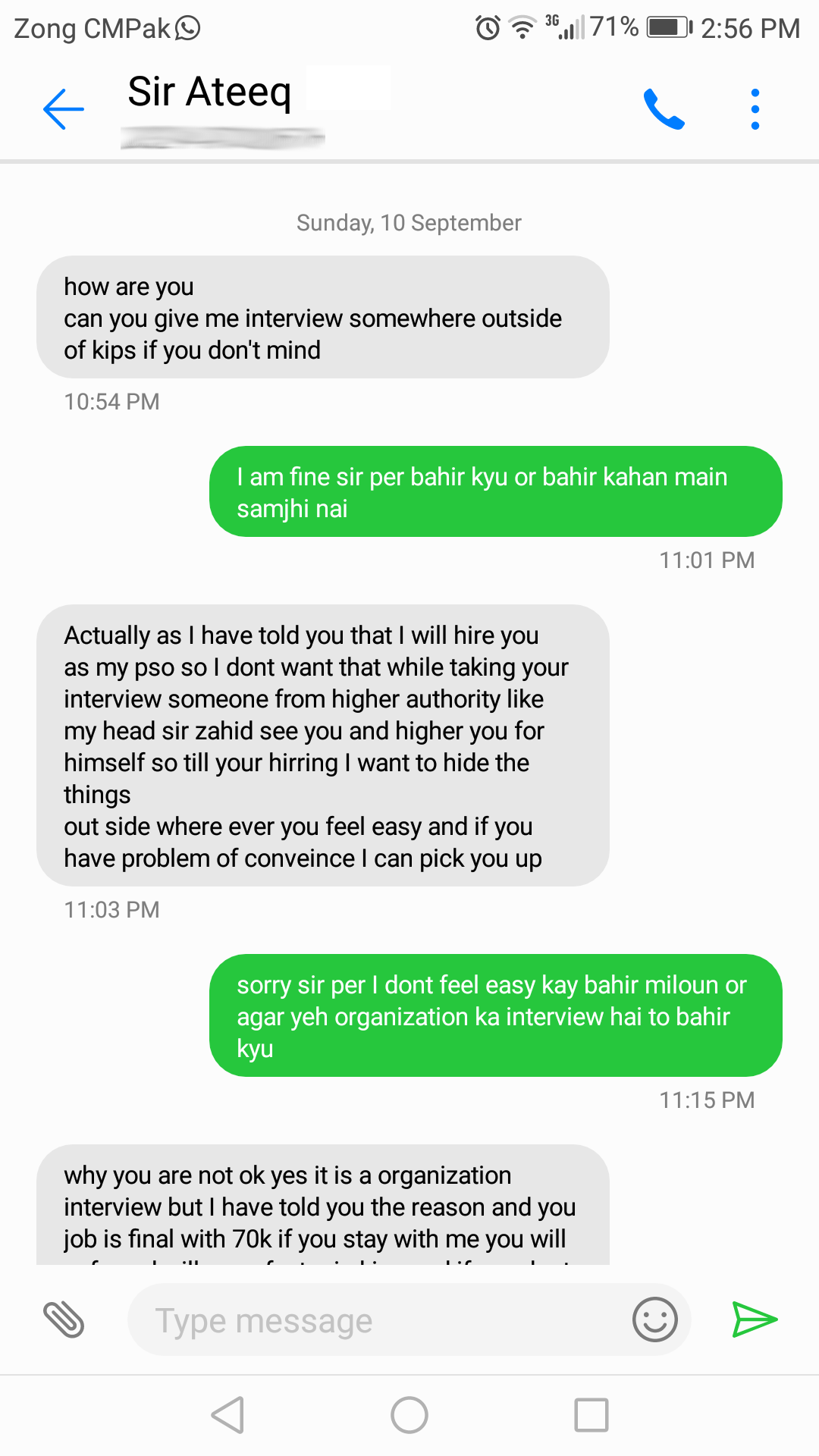 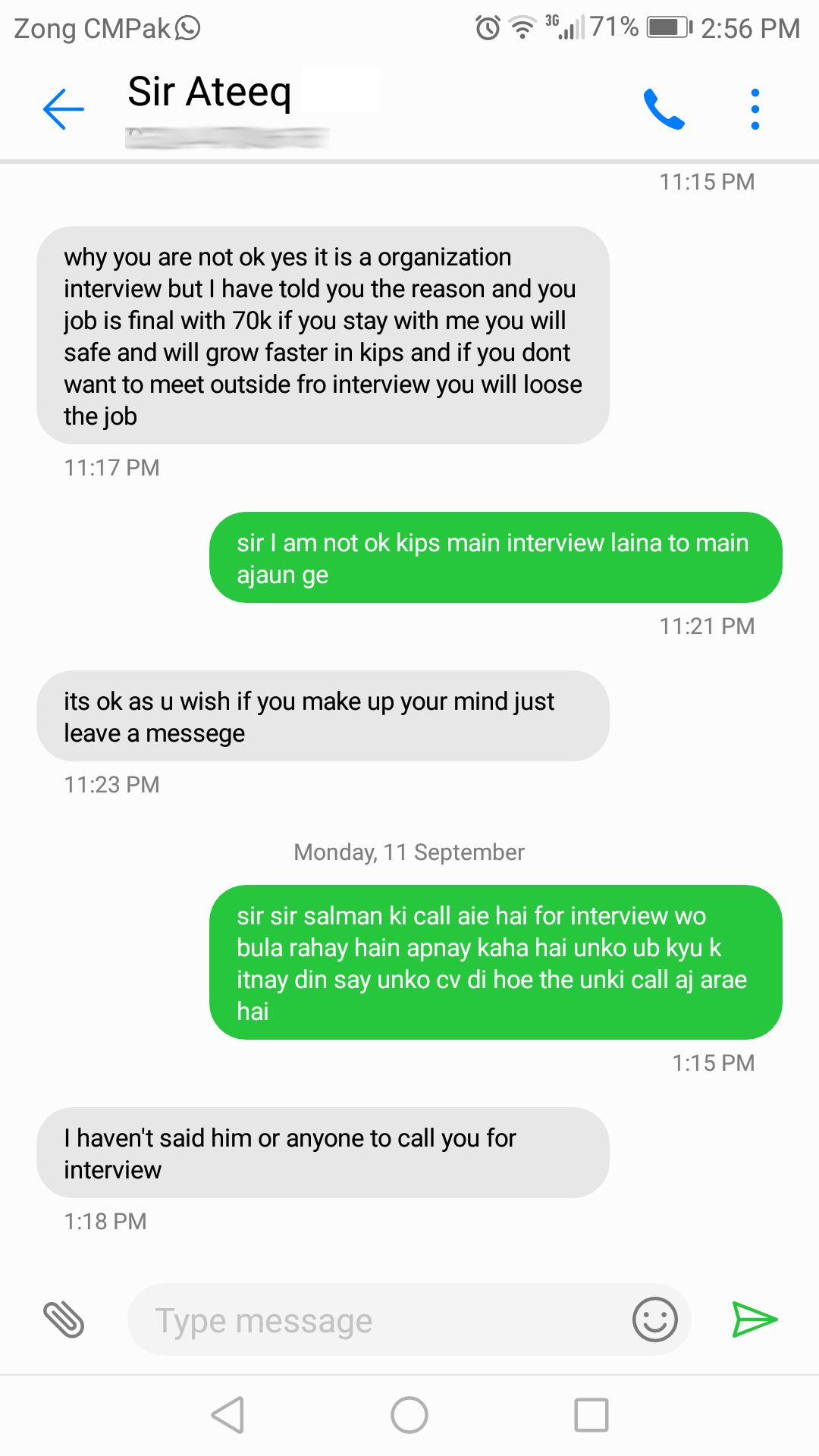 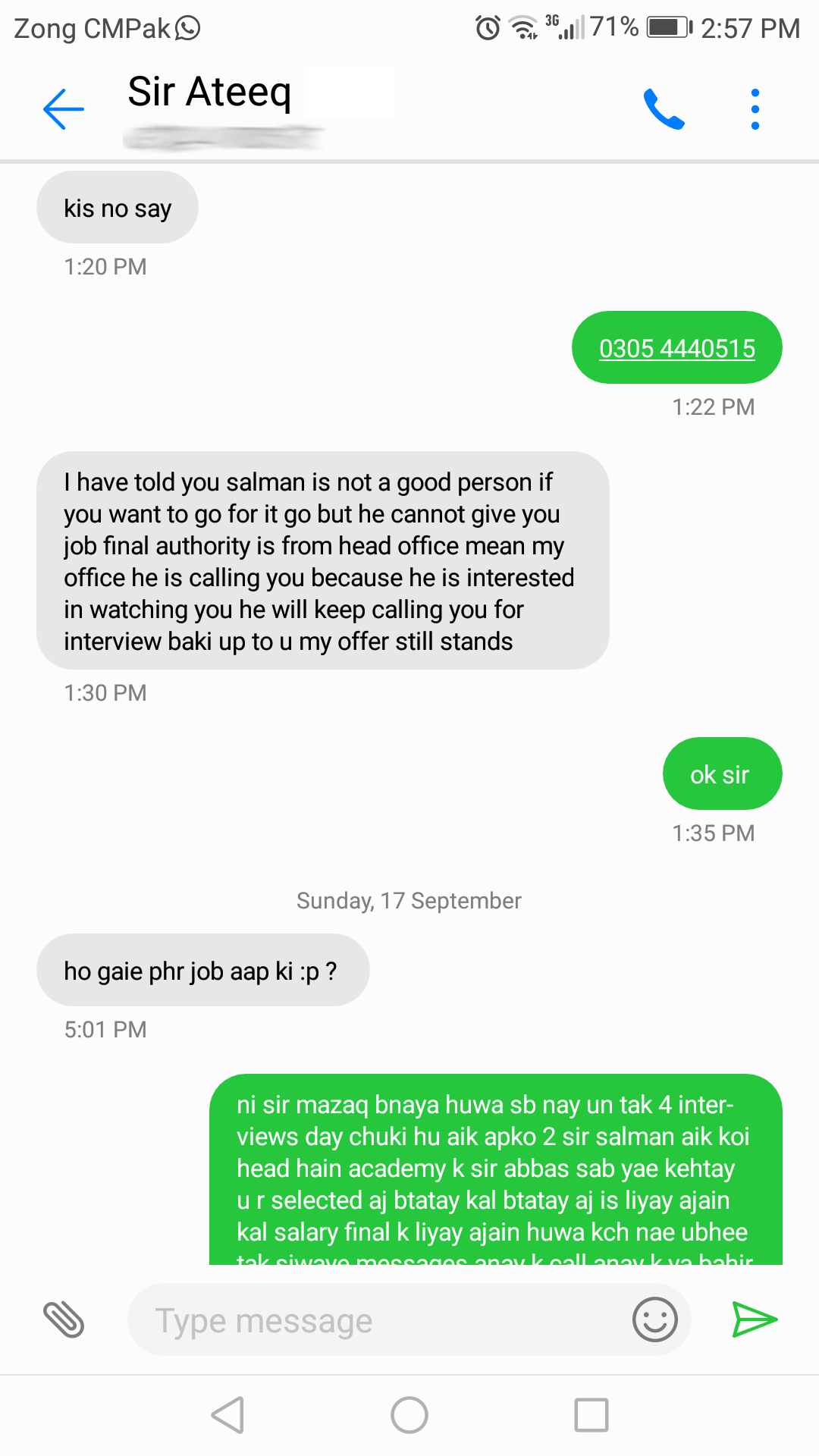 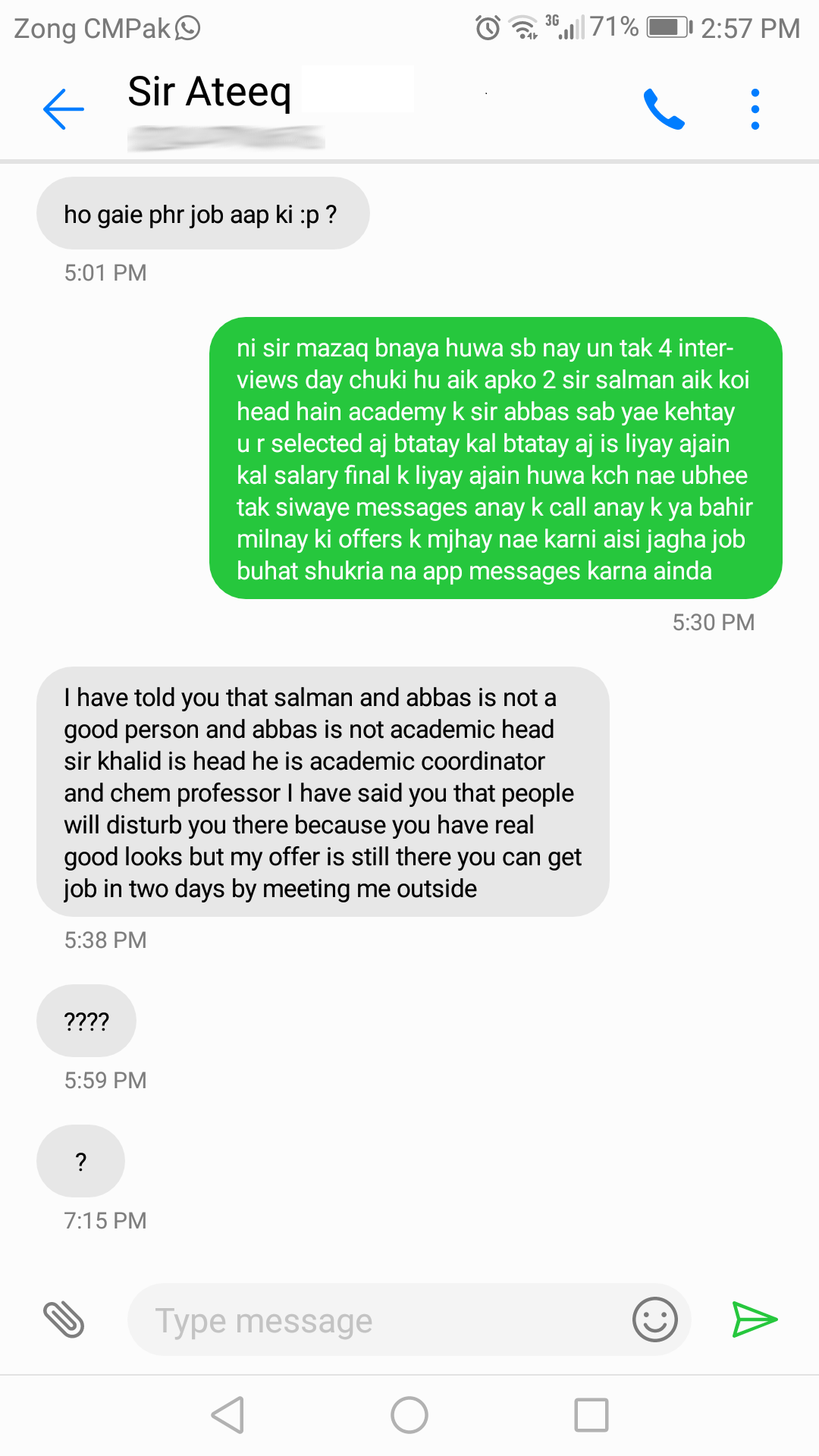 The victim also alleged that the private educational network wasn't following the laws of the minimum wage, thus giving its employees pay as low as ten thousand instead of a standard minimum wage i.e. sixteen thousand. She also accused the administration of not providing the employees with appointment letter, despite the fact that some of them are working for more than five years. This absence of appointment letter allows the organization to fire any employee without any prior notice.

Elder sister of one such student shared screenshots of discussion taking place between the affected student and an English language teacher at the said institute. In the screenshots, the student and teacher seem to indulge in a salacious conversation.

Another student shared screenshots of a teacher, part of the administration, harassing her on Facebook 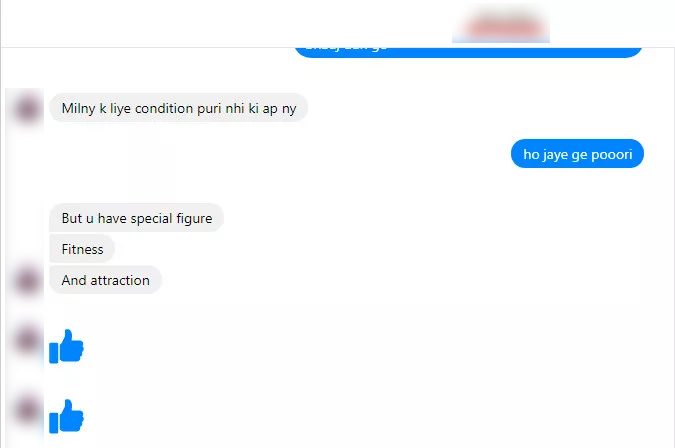 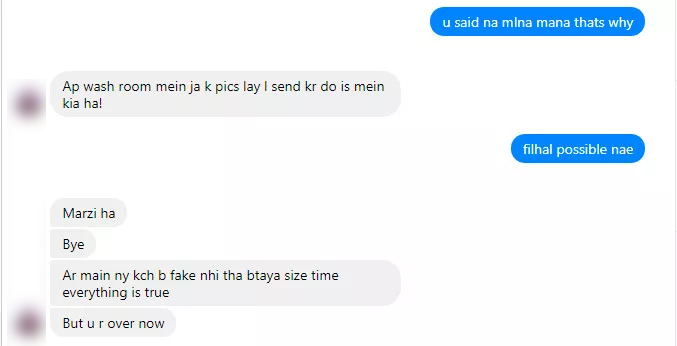 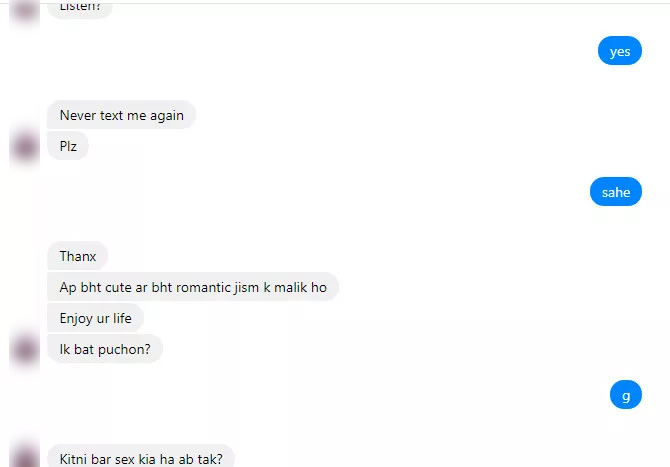 We asked students if they ever have filed a complaint against the lewd behavior of teachers. While some of them responded that they have filed complaints against their harassers with the authorities however no action was taken against them. Others suggested they were afraid to talk about it.

Upon inquiring, administration of the said college said that they had no knowledge of any such incident taking place and complaint cell of the Head office wasn't available to make any comments.

The teacher has since posted his clarification over the matter.

Reply to all my brothers and sisters.

1st I request all of u to stop blaming the institue for anything negative. Let me make it clear that I’m my self a father of a daughter. And I respect every girl of my institute as my sister and daughter. It’s Ramadan and I’m with Fast; I expeess in the name of Allah that I’ve nothing to do with this chat. I have posted on my wall many times not to text me on my messenger I wont b responsible for that. Everybody can go on my wall and c how many times I have posted not to text me on my messenger.

Even then if anything had happened willingly or unwillingly I apologise ? for that. I’m frank in my teaching style sometimes this frank style may give any negative impression to the students. All of u are my brothers and sisters I never used such words as in the chat. If anybody has recieved anything negative from my messenger, I applogise ? as a teacher, as a father, and as a brother. I also request to all of u not to blame and defame KIPS for anybody’s personal deeds. Hope my apologies will be accepted. I promise to all of u that I never did and promise that nothing will happen like that again from my side. I request to the one whoever is doing by using my name plz stop it the things are going too far.

No more comments and blames plz. I once again say sorry to everybody who was hurt with this kind of stuff. Allah knows better what is going on. Whatever the case is I once again request no more blame to the educational network please. I again request all of you no comments please.

Update: The teacher is not a part of the said institute any longer.