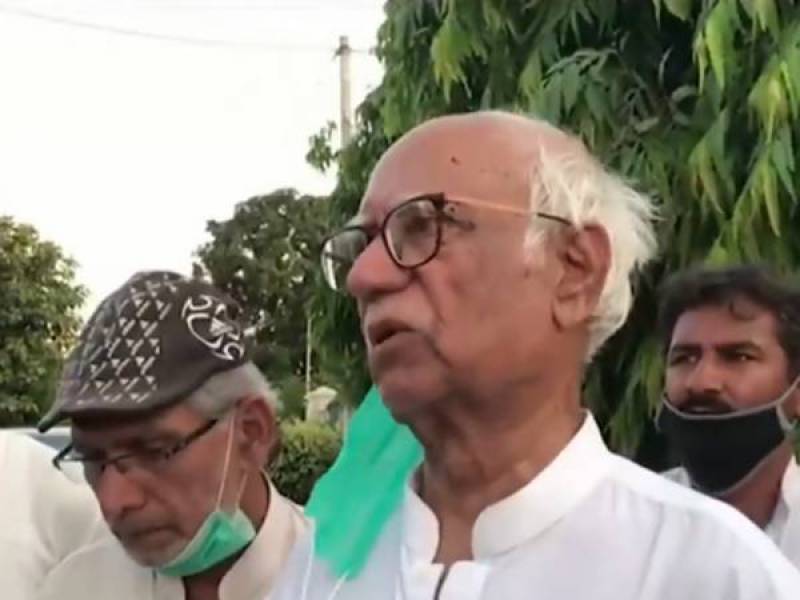 LAHORE – Father of a deceased PIA pilot, who was flying the ill-fated flight crashed in Karachi, said on Monday that he has no trust in ongoing inquiry of the incident.

Gul Muhammad Bhatti while addressing a media along with Punjab Governor Chadudhry Mohammad Sarwar said that PIA was itself conducting the investigation and holding his son responsible for the crash.

A national flag carrier’s flight PK8303 met deadly crash on Friday in which 97 people were killed while two including Bank of Punjab President Zafar Masud survived it.

The father of the late pilot said that his son had accomplished 17,000 flight hours and he always performed his job with confidence.

He said, “I have no trust in plane crash inquiry,” but added that he believed the assurance given by the Punjab governor.

An Air Traffic Control Report said that the pilot ignored the warning thrice regarding altitude and speed of the plane.