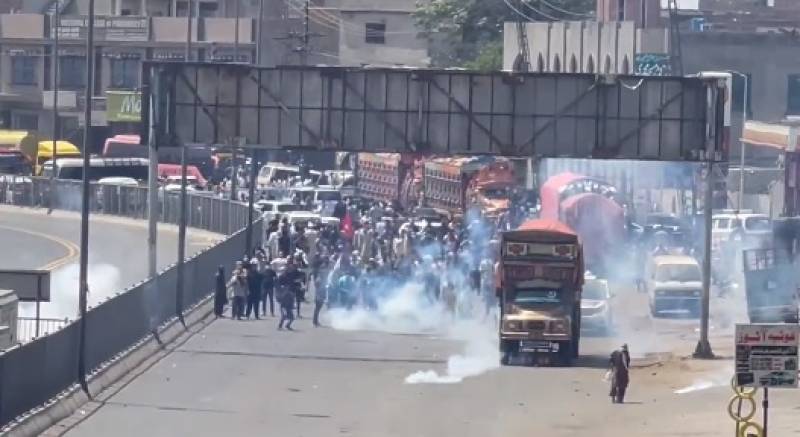 LAHORE – Police in Punjab’s capital city fired tear gas at PTI workers after they removed hurdles placed on roads near Batti Chowk to clear the routes for the party’s long march on Islamabad.

A number of PTI workers started gathering at the Batti Chowk after leaders of party’ Lahore chapter announced that the Azad March will be started from this point.

The law enforcement officials and protesters clashed at the intersection when attempts were made to remove the barriers.

Videos circulating on social media show that smoke has engulfed the Lahore’s main road due to tear gas shelling.

Reports said that dozens of PTI workers have been arrested by police.

Police attacked the vehicle of former Punjab health Yasmin Rashid, when she attempted to cross the barriers forcefully. During the incident, front wind screen of the vehicle was damaged, however, it is yet to confirm that Rashid has sustained any injury.

In Lahore, police and city administration has closed all routes, including Ravi Bridge and Babu Sabu Interchange, leading to Islamabad.

Former Prime Minister Imran Khan has announced to hold a long march against the government today (May 25).