Athens to get first official mosque in 200 years 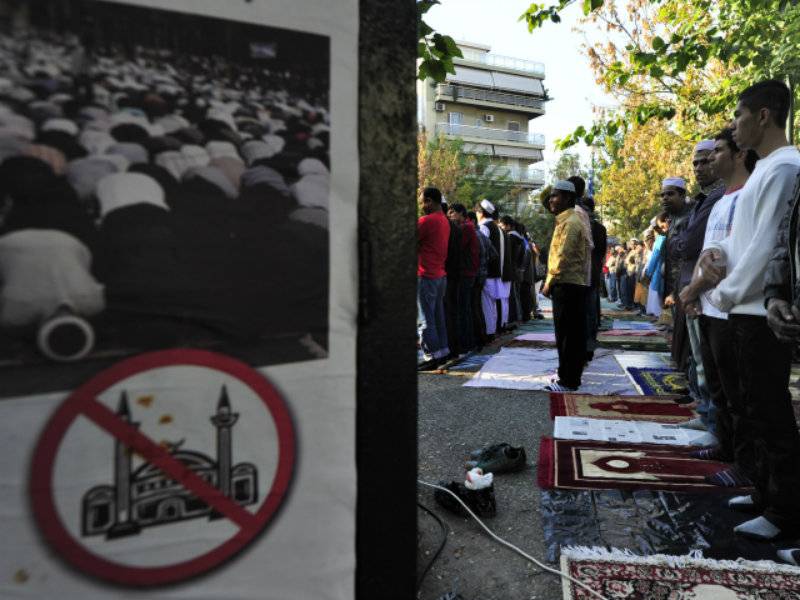 ATHENS - Muslims in Greece are hoping to soon be praying at the first official state-funded mosque in capital Athens.

Athens is the only European capital without an official mosque and it has been that way since the end of Ottoman rule almost 200 years ago.

Hidden behind closed doors, in underground garages, basements or rented apartments, more than 200,000 Muslims living in the city have had to be inventive in order to find a quiet place to practice their faith.

But the situation is about to change. At the beginning of August, after many delays since the €950,000 ($1 million) project was first discussed back in 1894, the Greek parliament approved plans for the construction of the first government-funded mosque at a former military base at Votanikos, near central Athens.

The Orthodox Church, which plays a powerful institutional and cultural role in Greece, has also opposed its construction.

Speaking in parliament in August, Nikos Filis, the minister of education, research and religious affairs, made his intentions clear when he assured the Muslims of Athens they would have an official mosque: “The existence of makeshift mosques is a shame for the country and the Muslims who live here,” he said.

The minister added that building an official mosque could help stop the radicalization of local Muslims. Around 50,000 mainly Muslim refugees are believed to be in Greece as a result of the migrant crisis that has swept Europe, which was triggered by wars in the Middle East.

The project, which will be undertaken by a consortium of Greece’s biggest construction firms (J&P-Avax, Terna, Aktor and Intrakat) was due to start in November and is scheduled to be completed by April 2017.

It is expected to accommodate more than 350 worshipers and will be built in place of a 600 square metre former navy warehouse in the Votanikos neighburhood of western Athens.

The complex will also feature a fountain for people to follow the ritual cleansing before praying.

"It's not going to be anything special," says Naim Elghandour, 62, president of the Muslim Association of Greece and Stamou's husband.

"But it is important because it's going to be the first official mosque with an official imam. Until now, the imams have been volunteers and that was dangerous, but we have been lucky and nothing bad happened in Greece to upset the relationships between Christians and Muslims."

Many non-Muslim Athenians also agree that a mosque must be built. "We're a democracy and there has to be freedom of religion," says Aggeliki Anagnostopoulou, 62, a retiree living near the site of the upcoming mosque. "Why should I be worried, anyway? Being a Muslim doesn't mean you're an extremist."

According to the Muslim Association of Greece, there are more than 100 unofficial mosques scattered throughout Athens for the estimated 200,000 Muslims living in the capital, most though are housed in basements or warehouses.

The new mosque is expected to be completed in the next six months.

In the meantime, Athenian Muslims, whose numbers have increased over the past two years with the influx of thousands of refugees and migrants from the Middle East and Africa, will have to continue visiting the makeshift mosques, run by people from a variety of backgrounds, often from Egypt or Bangladesh. Different denominations including Sunni and Shia Muslims attend, but all Muslims who want to pray are welcomed.

More than 200,000 Muslims are believed to be living in Athens, but they have had to make do with informal mosques around the capital, which have often been targeted by far-right groups.

“The existence of makeshift mosques is a shame for the country as well as for the Muslim community and a danger to national security,” Greek Education Minister Nikos Filis said, as cited by Greek Reporter news website.

This article was originally published by Aljazeera.