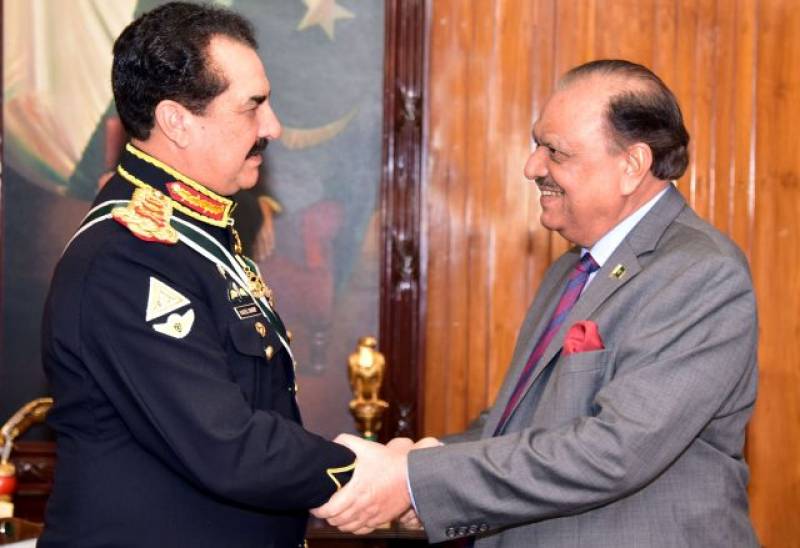 ISLAMABAD - President Mamnoon Hussain lauded the efforts of outgoing army chief Raheel Sharif for bringing peace in the country at the farewell meeting here on Friday.

The president hosted a farewell ceremony for the outgoing army chief tonight which was attended by Chief of Naval Staff (CNS), Admiral Zakaullah, Chief of Air Staff (CAS), Air Vice Marshal Sohail Aman and federal ministers among others. 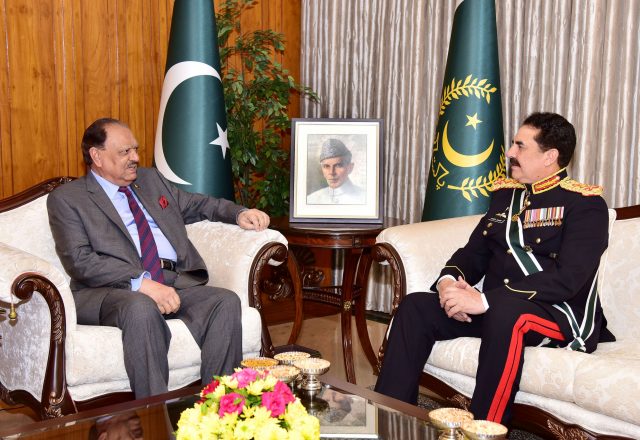 While addressing the gathering, President Mamnoon Hussain said that General Sharif s services for the country would be remembered always and that his role in maintaining security across the country was matchless.

The President said Operation Zarb-e-Azb against terrorism carried out under the leadership of Army Chief General Raheel Sharif is a golden chapter in the history of Pakistan. He said the targeted actions in Karachi, Balochistan, and other parts of the country have also proved quite effective in restoring peace to the country. 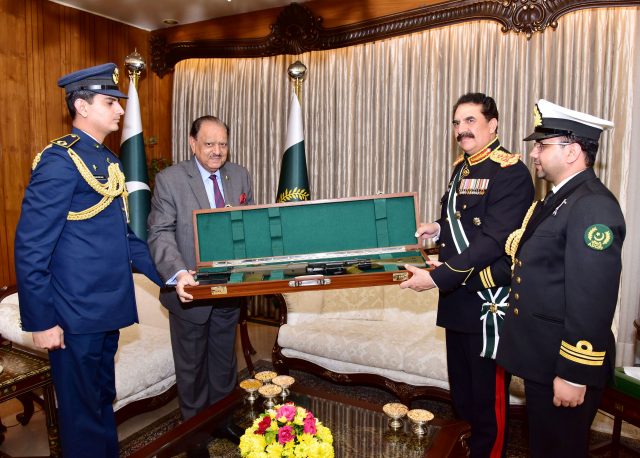 The president said the Army Chief has assured him that the ongoing operations against terrorists and criminals will continue until the desired objectives are met. 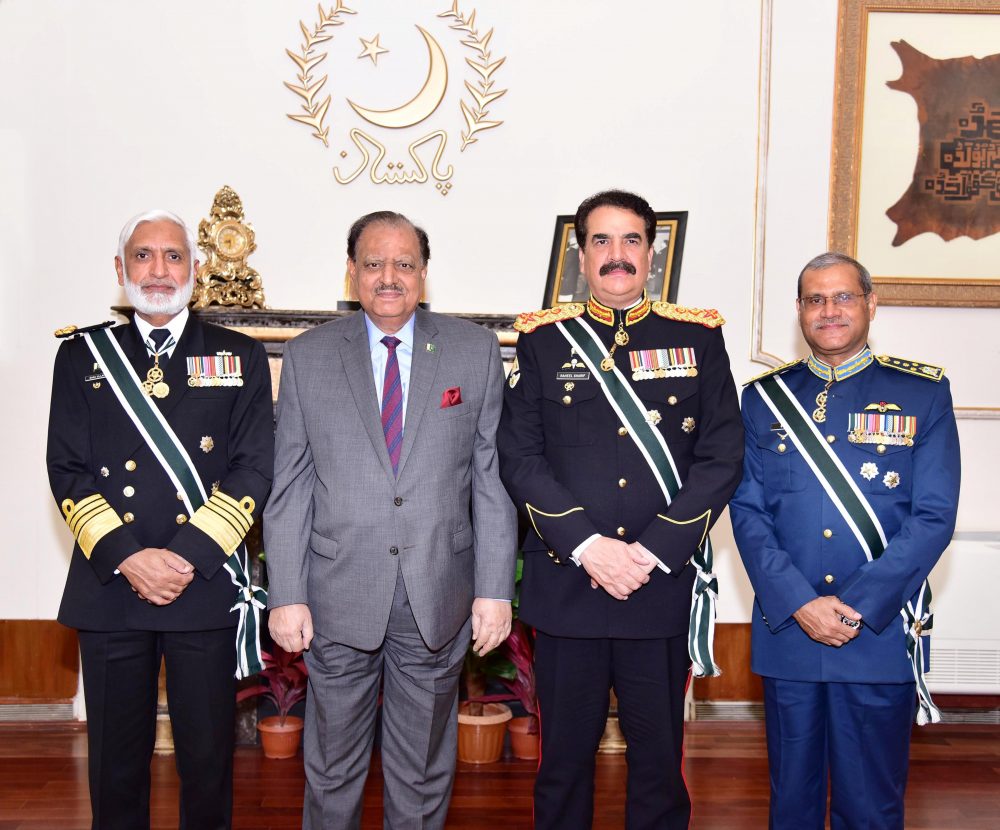 On the occasion, Nawaz Sharif while paying tribute to COAS said that Gen Raheel Sharif proved without a shadow of a doubt that he is one of the finest military leaders of this generation.

The premier said that under the leadership of General Raheel Sharif, the army not only confronted external threats but also the menace of terrorism.