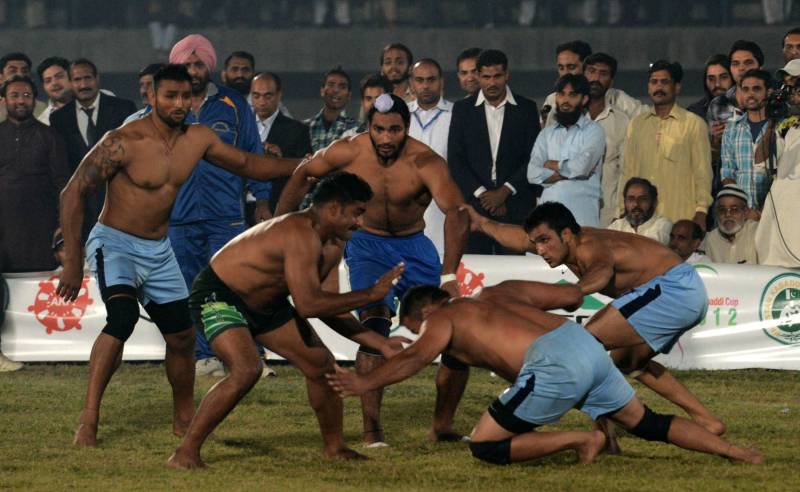 It is much easier to accelerate things towards the worse than take a thoughtful stand which will pay off in the long run.

The decision to exclude Pakistan from the just completed Kabaddi World Cup held in India precluded a good opportunity to improve the steadily declining relationship between the two South Asian neighbours.

Regardless of what Indian political leadership feels about resolving issues with Pakistan that have endured for decades now, it’s obvious by now that there is no easy solution available. In fact, nobody knows if there is one at all.

In these circumstances, the only way forward for both countries is to keep the tensions at the least possible level which can only be made possible if common people play their pivotal role in this.

The solution lies in increasing the engagement at the social and cultural levels even if things get stuck at political and diplomatic summits.

The engagement becomes all the more important because India and Pakistan are immediate neighbours. Sanctions and boycotts would hardly work for them to keep out elements that don’t want good relations -- at bay.

Persisting on a policy of boycotting and rejecting each other will only deteriorate the mutual feelings of suspicion and anger and convert the fertile lands into combative quarters at the top.

On the other hand, if we allow more people to contribute to each other’s lives through soft means like culture, sports, creativity – it can go a long way in diluting the negative influences of politics in both these countries. Hence, not getting to see a fantastic Pakistani Kabaddi side at the World Cup in Ahmedabad was regretful for both India and Pakistan.

We must not forget that even at the height of the ideological war in the early 1970s, the US and China had taken a path-breaking initiative to reach out to each other and the sporting discipline of table tennis (the famous ‘Ping Pong Diplomacy’) was made the medium to set the ball rolling. And the project had paid off.

If the Americans and Chinese could do it, why can’t we? After all, India and Pakistan have a much more socio-cultural similarity which makes it easier for the people on the ground to have a genuine understanding of each other.

Debarring individuals, cultural and sport units from entering India is not the right strategy for it is neutralising whatever little oxygen the impaired relations between the two neighbours could resuscitate upon. Artistes and sportspersons have no concerns whatsoever with hard politics and as a world-renowned soft power, India should have allowed them to defuse the tension, even without addressing it directly.

Otherwise, the ongoing tensions will culminate into serious repercussions, impacting how a common man views India and the ultimate beneficiary will be the hate-loving rulers on either side of the border. Given our socio-economic limitations, how long can we afford to remain trapped in this vicious cycle?

Grammy-winning artists from 7 countries collaborate for a Pakistani song about hope
05:16 PM | 29 May, 2020