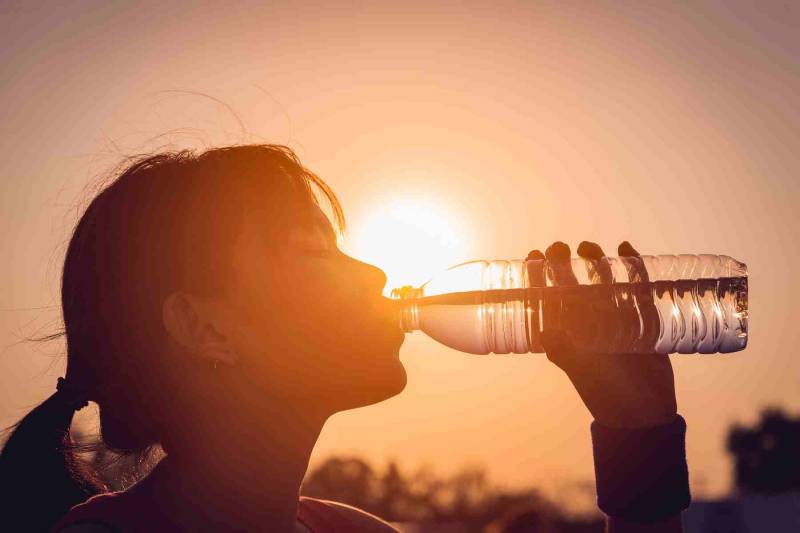 The scorching heat of summer season has never been surprising but the loss of lives due to extreme heat nowadays has taken everyone by surprise. The threat of heatwaves has become a major concern for every developed and developing country alike including the USA, UK, Australia, India, and Pakistan. In Pakistan, there is a great debate on heatwave but most people perceive it as the hot weather during summers. In scientific terms, the heatwave is a weather condition whereby the day lingers with heat for at least three consecutive days.

The severity of this heatwave is so vicious that it is taking human lives all across the world. It is pertinent to note that a human body operates at a constant temperature of 37°C and if it rises to 38°C, the person may suffer from heat exhaustion. It generally happens in oceanic countries and these days the abnormal heatwave in Pakistan is creating havoc. In Karachi, more than 1200 people died in June 2015 when the killer heatwave struck the city. Whereas this year in May, 65 people died due to the phenomenon.

According to Dr. Farrukh Saleem, a Pakistani political scientist, “Heatwave occurs when high pressure aloft from 10,000 ft. to 25,000 ft. prevails over a region for several days and jet stream from the pressure follows the sun, which creates heatwave”. Global warming is the reason behind these scorching heatwaves affecting lives and livelihoods. The Urban Heat Island (UHI) effect has been witnessed in Karachi during the 2015 heatwave, as its urban areas were hotter than its surrounding areas due to limited urban forest cover, increased concrete structures, the greater number of automobiles and unsustainable development. The winds were also weak during the UHI effect.

Unfortunately, all across Pakistan no sagacity of greenery can be seen in the construction of new housing schemes, buildings and shopping malls in Pakistan and if this trend continues, heatwaves might occur in other Pakistani cities as well. The increasing trend of urbanization in Pakistan is a major factor exacerbating heatwave in Pakistan.

According to a research, Pakistan’s urbanization is increasing at 2.77% and in coming years, this figure could increase if the growth rate is not controlled. In India’s Gujrat state, the city of Ahmedabad witnessed the maximum temperature of 46.9°C in 2010. This was one of the first heatwave incidents which took thousands of lives. According to the Ministry of Earth Sciences, India, in the last four years, almost 4,620 people had died due to this phenomenon in Ahmedabad. Ahmedabad has now a heatwave action plan to combat heatwaves. In Pakistan, Leadership for Environment and Development (LEAD) Pakistan has developed a heatwave management plan with the government to prevent loss of lives in Karachi.

Heatwave does not only affect human lives but also the infrastructure, wildlife, agriculture, energy and livelihoods of a country

Given Pakistan’s increasing vulnerability to climate change, Pakistan Meteorological Department (PMD) has also predicted that heatwave may increase in coming years in Pakistan.

In order to protect from the heatwave, there are precautionary measures such as keep oneself hydrated, avoiding unnecessary travel, avoiding contact with direct sunlight, covering the head, wearing light clothes, pouring water on the head if one gets affected from the heatwave. To deal with the heatwave in the short-run, LEAD Pakistan has developed a three-tier alert system which involves increased communication through media regarding heatwave; increasing level of public awareness and preparedness of government agencies; and declaration of a heatwave emergency. Whereas the long-term strategy involves planting indigenous trees, promoting green structures and promoting vertical buildings with greenery in order to adapt and mitigate climate change.

The government should revamp the landscape of Karachi and other cities by promoting greener and cleaner cities. Furthermore, citizens must take the responsibility of building climate-resilient infrastructure and architecture. Being responsible citizens, we all should work together, as still there is time to change our lifestyle and switch to sustainable living. Heatwaves mostly affect the less privileged communities, therefore, the government should take necessary steps in this regard and assist the marginalized people in their capacity building.

On a larger scale, time has come that we implement urban forestry all across Pakistan. We should make it mandatory in all development and infrastructure projects and promote green architectural designs. Urban forestry can serve as a mitigation plan in cities to fight climate change and combat heatwaves.

Japan is the best example of urban forestry which began in 1946 when after World War II Japan lost 60 percent of its trees. Therefore it decided to convert 10% of its urban land into forests and barren land into urban parks. Today Japan is considered the land of forest and mountains. According to Japan For Sustainability (JFS), Japan’s forest cover is around 67% which is a huge success and an example for other countries to follow. By adopting urban forestry in Pakistan we can fight climate change effectively.

Through vertical expansion, we can make a positive impact and discourage horizontal expansion which takes the toll on the green spaces and increases emissions manifold. Now is high time to plan out a strategy and rethink how to improve the forest cover of Pakistan, which is one of the robust measures to fight heatwaves. As more than 50% of the world’s population lives in urban areas, urban forest cover should be promoted by vertical buildings and meet the requisite environmental standards. In this regard, Pakistan Environmental Protection Agency (PEPA) and provincial EPA’s should take steps on the emergency basis and introduce new requirements regarding industrial, commercial and other development projects and constructions to promote sustainable development.

Pakistan is blessed with all sorts of natural resources and we should use them sustainably so that we can effectively adapt and mitigate climate change, and especially deal with heatwaves.