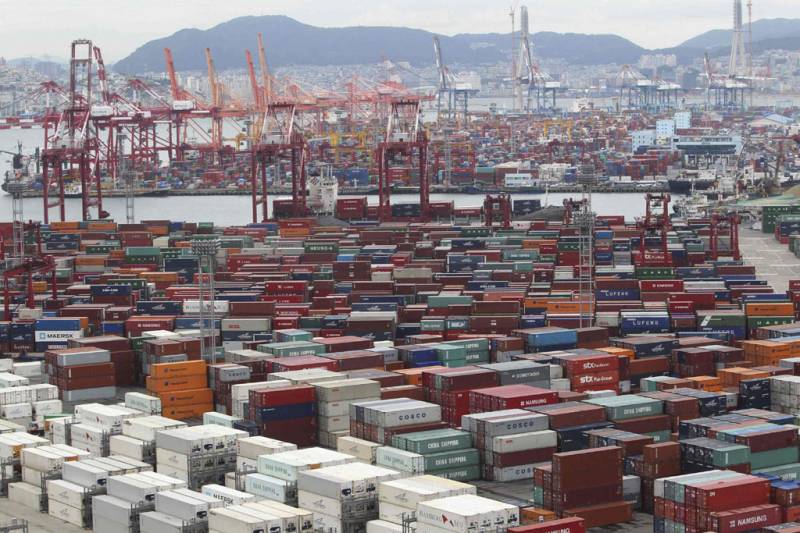 ISLAMABAD - The food exports from the country surged by 30.06 percent during the first two months of the current fiscal year compared to the corresponding period of last year.

The food products that contributed in positive growth in trade included rice, exports of which grew by 40.36 percent from $159.543 million last year to $223.937 million current year.

Tobacco exports expanded by 27.29 percent from $0.700 million to 0.891 million while the exports of wheat witnessed cent percent growth as its exports were recorded at $0.323 million during the first two months of current year compared to zero exports of last year.

Pakistan export oil seeds, nuts and kernals worth $0.5.410 million during the first two months of current year compared to $3.468 million, showing an increase of 56 percent, while the sugar exports witness hundred percent growth as Pakistan exported the commodity worth $32.313 million against zero exports of last year.

Based on the figures, the trade deficit during the first two months of the current fiscal year was recorded at $6.290 billion which indicated an increase of 33.52 percent when compared to the deficit of $4.711 billion during the same period of last year. - APP