From Ancient Babylon to today's Pakistan: Honour killing is nothing but dishonour 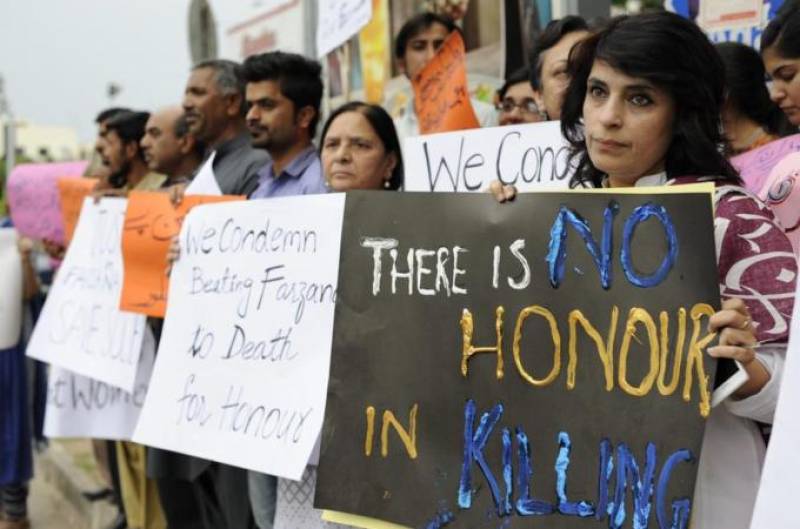 A teen couple electrocuted in Karachi. A father killed his two daughters in Peshawar. Mahira Khan being bashed for smoking in public, all this in the name of ‘HONOUR’. But what’s so honourable about killing?

The tragedy of ‘honour killing’ is as ancient as human history and can be traced back to the Ancient Babylon, where the principal view was that a women’s virginity belongs to her family. From a senior male’s –within the family – right to execute an unmarried but sexually active related woman in Roman society, to honour-based crimes in Medieval Europe to the Arab trend of parading through streets with the victims’ blood on her clothes, the story of killing in the name of honour remains the same, the only changes being names, locations and circumstances.

Pakistan inherited the trend of honour killing from the predominant view that women and men are capital of family; the head of family has all the rights to make the decision about their marriage and their choices. This association of honour with complete obedience to head of the family deprived young people to exercise their right to make a choice and if they dare make a choice, they must be killed to save the so called morality and honour of the family.

Although, both men and women have been victims to honour-based crimes, the patriarchy in Pakistani society gives relief to men thus subjecting women to a higher rate of killing in the name of morality. Despite the efforts of the government, civil society and international human rights organizations, there has been an increase in the number of cases of honour killing.

The statistics published by Human Right Comission of Pakistan (HRCP), from January 1st, 2016 to January 31st, 2017 state there have been 697 cases of ‘honour killing’. The following visualisation of data shows the huge difference between the number of men and women killed in the name of 'honour'.

The statistics shared by HRCP based on age group shows how rigid the regime of honour is:

To be killed in the name of 'honour' you don't have to defy the societal values, your crime could be being raped, being kidnapped or your rightful choice of marriage: 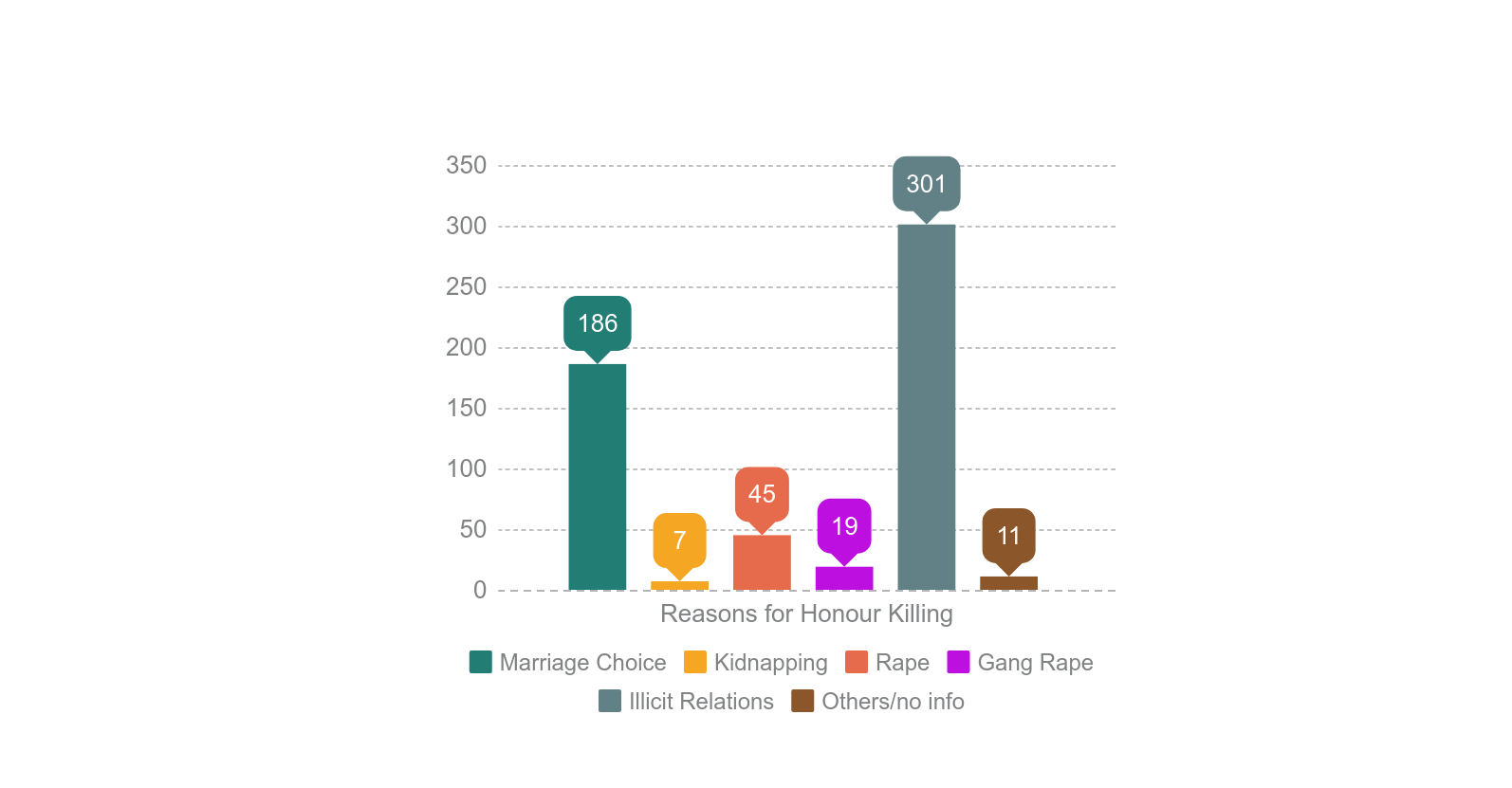 The numbers shared by HRCP, shows that there is very little information available on if the victims were given any medical assistant to save their lives: 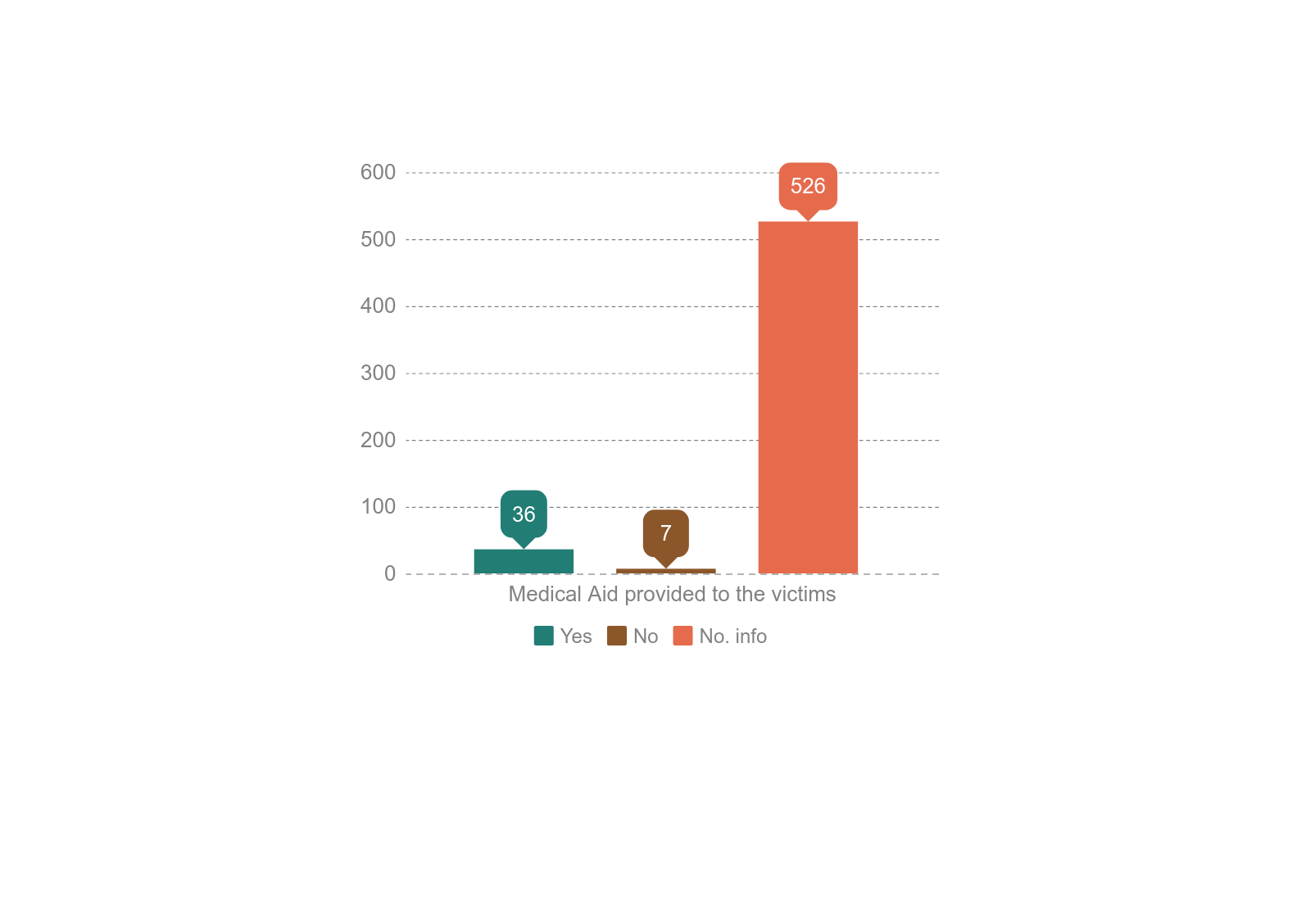 And the stats on registration of FIR and whereabouts of victims are even more troublesome: 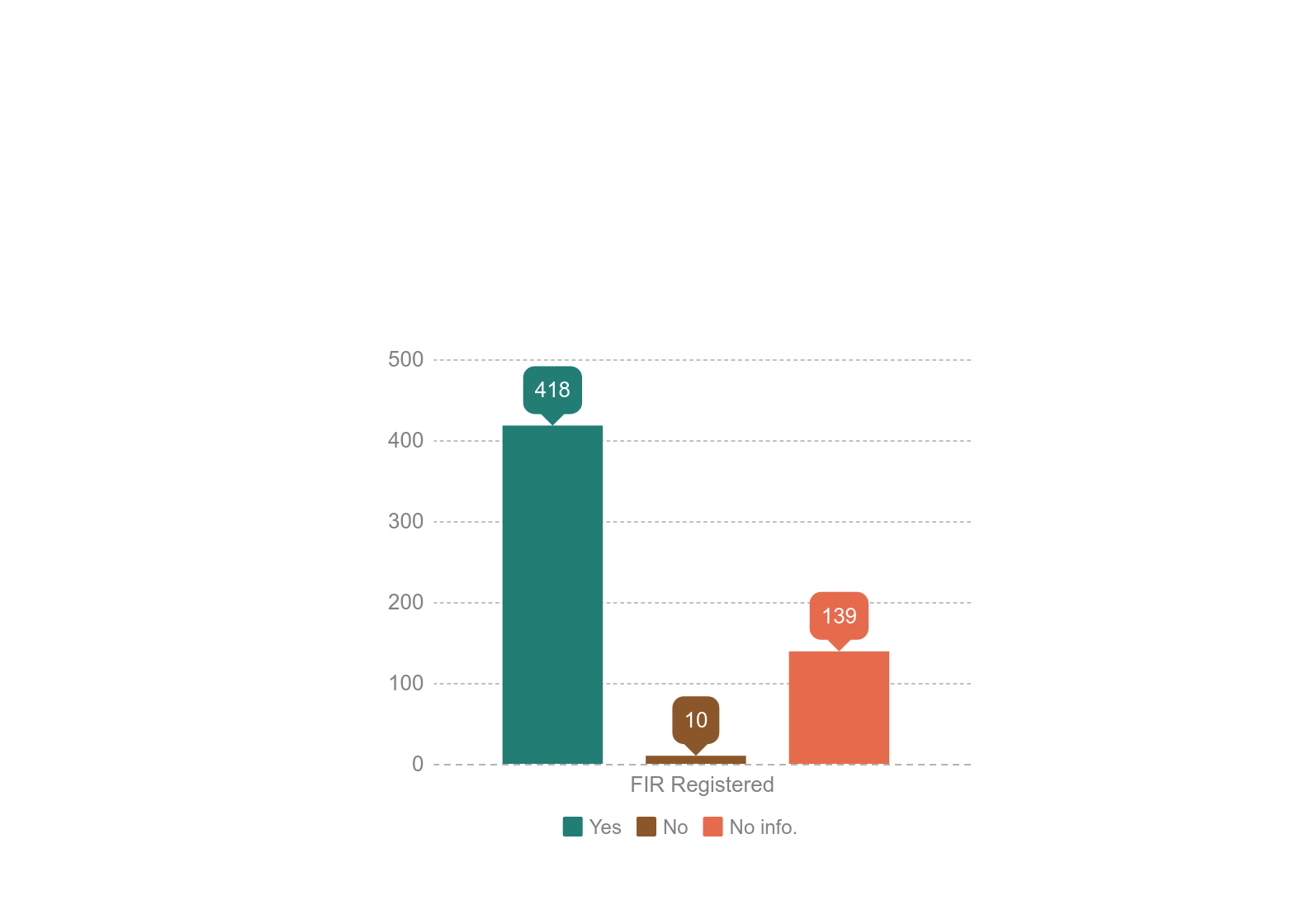 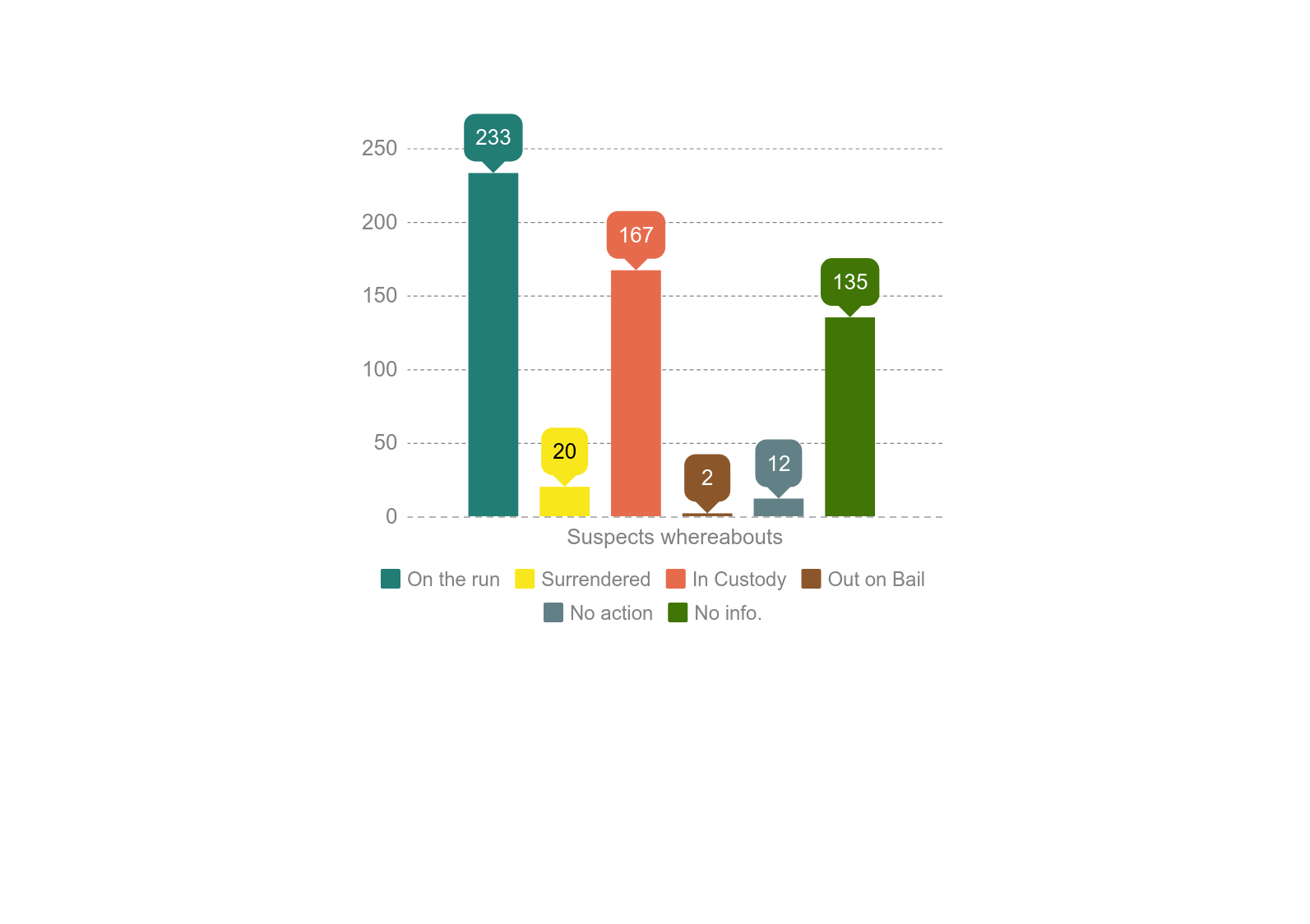 The suspect's relation to the victims shows the true ugly picture of our patriarchy loaded society. 245 crimes were committed by husband/ex and siblings - mostly brothers- of the victims: 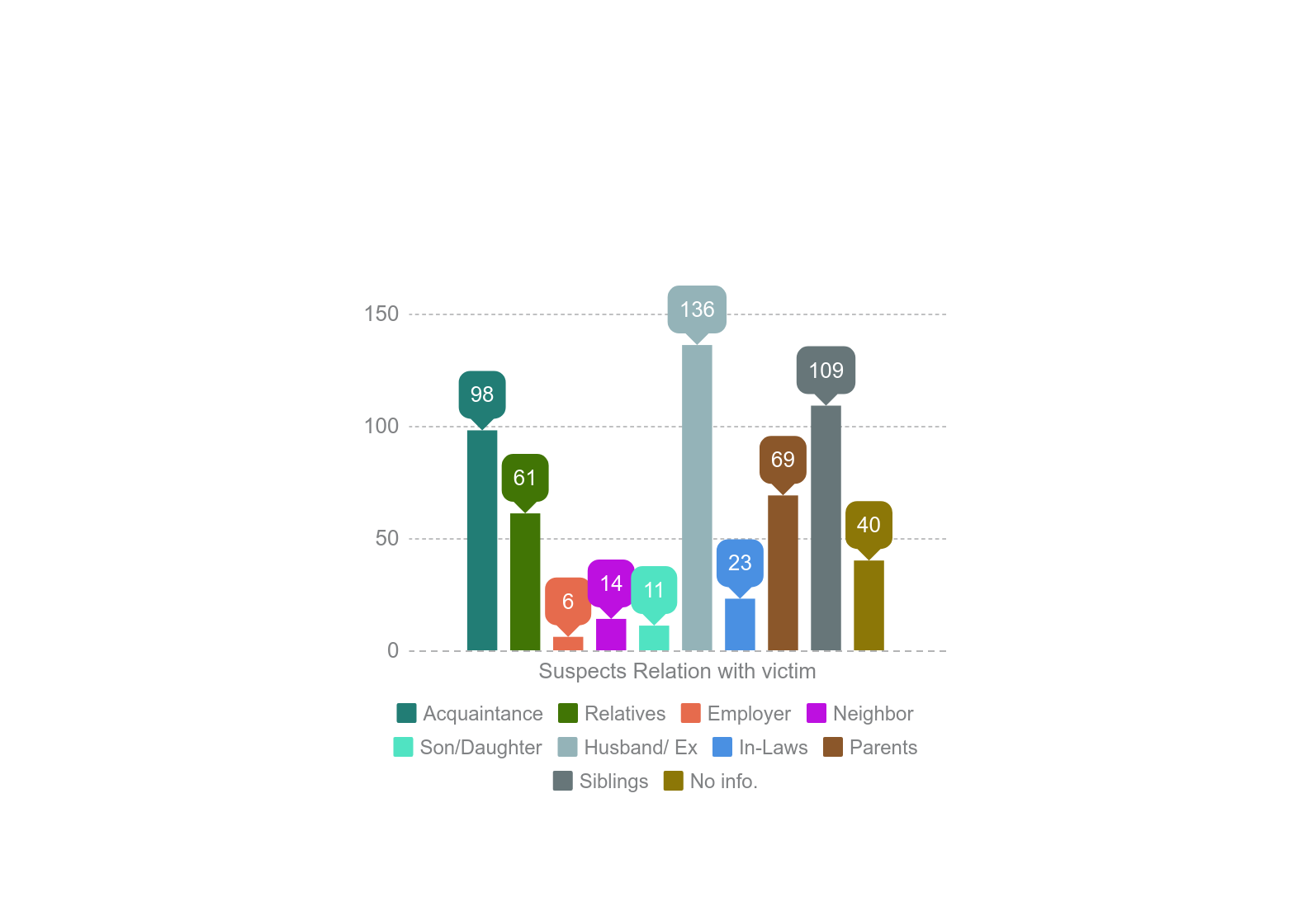 Apart from the infuriating nature of these statistics, what's bothersome is these figures were obtained by monitoring media outlets and there is no proper procedure to keep a track of honour based crimes. These numbers are for the cases reported by media and according to HRCP the number of unreported cases might be bigger than the reported cases.

The devastating part is 'honour court' is truly blind and unforgiving; the suspects aren't given an opportunity to defend themselves. To kill someone in the name of morals, all one needs is a suspicion that the other has transgressed any behavioral norm.

In a society where honour is so fragile that it can easily be damaged by one's choice to marry, a girl's right to dress up or smoking a cigarette or reclaiming her sexual agency, the increase in cases of honour killing is nothing strange. However, it’s very troubling and worrisome.

From Qandeel Baloch’s mere attempt to express herself in an online space to Mahira Khan’s total harmless act of smoking in public, the public reaction shows how shallow our morals are and how poor our definition of ‘honour’ is. There is a dire need to address the issue of associating honour with personal choices, to challenge its jurisdiction and to condemn - anyone and everyone - who use morals and ethics as an excuse to kill someone.