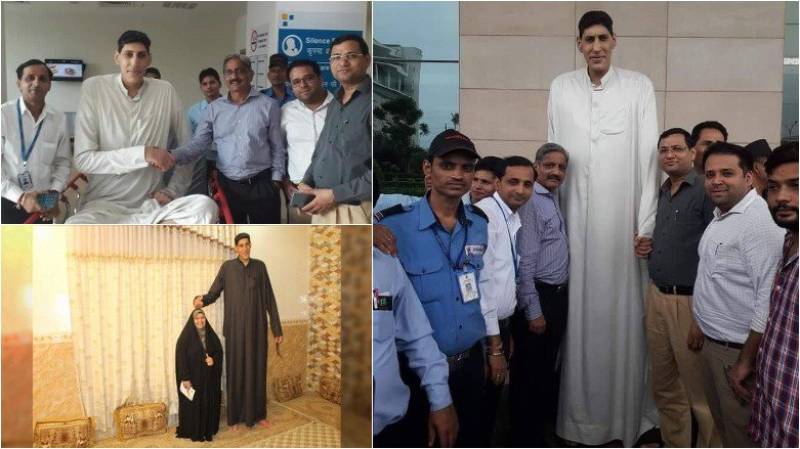 NOIDA - Sabah Jabbar Hadi, the tallest man in Iraq and the second tallest man in the world, has died while undergoing thyroid surgery in northern Indian state of Uttar Pradesh.

Born in Iraq’s al-Diwaniyah, the 33-year-old was 2.42 meters or seven feet and 11.6 inches tall, only a little shorter than the Turkish record-holder Sultan Kosen who is the Guinness Book of World Records’ tallest person living today. Kosen stands at 2.46 metres.

Hadi al-Jibouri visited a hospital in Noida on 8th September 2018 possibly for a medical examination.

Having trouble fitting into cars, needing specially-tailored clothes and shoes were among some of the challenges Jabouri faced in his life.

Jabouri’s parents never knew where his height came from as he was the only person in the family to be this tall.

According to Iraqi media, Hadi’s height stopped him from getting married as women would not accept his proposals.

“My family and friends searched a lot for a woman who is at least 1.9 metres tall and would marry me but all their attempts were unsuccessful,” he had said.

“I have no choice but to search in foreign countries, where tall and beautiful women live, perhaps she will be German or Russian,” he added.

It is unclear if Indian authorities will repatriate his body to Iraq for burial.