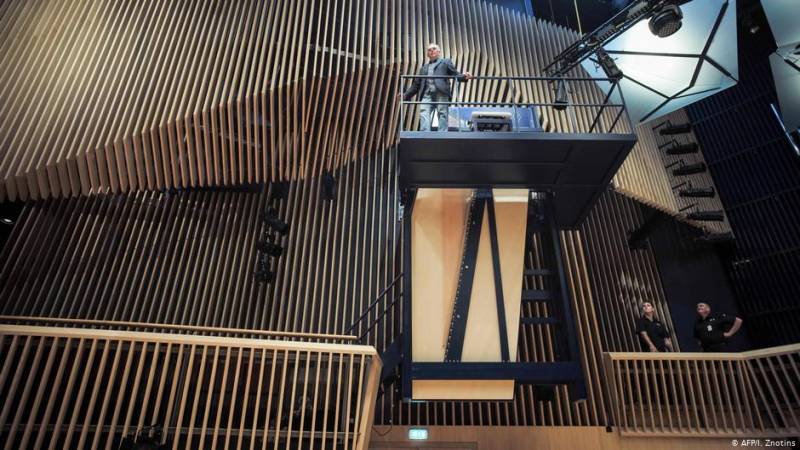 VENTSPILS – Soaring to new musical heights, a German-born innovator has crafted what is believed to be the world's largest grand piano.

It is without question one of a kind: attached high on the wall of a concert hall in Latvia, the steel-framed vertical grand piano hangs as if in mid-air some three storeys above the audience.

To play it, pianists must climb a steep flight of steel stairs to a balcony.

Although the Guinness Book of World Records has not yet measured the new instrument, it was made by David Klavins whose Model 370 piano unveiled in 1987 is currently regarded as being among the world's largest.

Klavins' standard new model, the 470i Vertical Concert Grand piano, has strings that are 4.7 metres long.

The custom-built 470i piano installed at a new concert hall in the Baltic seaside port and resort town of Ventspils is even larger; its imposing navy blue-painted steel frame is six metres high. 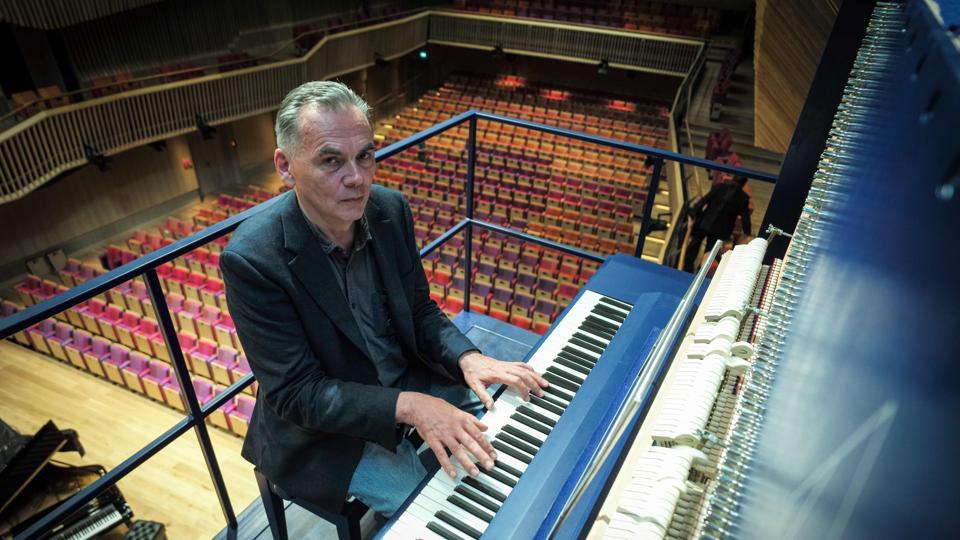 "The most suitable music for this instrument would be all the very expressive works, for example Rachmaninoff, Scriabin but also Beethoven's sonatas would sound totally different on this instrument," Klavins said.

The innovator, who has Latvian roots, has worked on pianos nearly all his life, driven by a desire to push the boundaries of the instrument first created by Italian Bartolomeo Cristofori around the year 1700.

"Since I was 16 years old and dropped out of school to become a piano restoration apprentice, I have been trying to explore new designs and principles, which deviate from the 140-year-old construction of the traditional grand piano," Klavins, now 65, told AFP while sitting at the 450i.

He crafted his first vertical piano in 1985. Now at his workshop, the Klavins Piano Manufaktura based in the town of Vac just north of the Hungarian capital Budapest, he dreams up his signature vertical designs.

It is not just his new instrument's mammoth size that makes it stand out; having no wooden casing means that audiences seated in the concert hall can see its long, steely strings.

Opening this Friday in Ventspils, the Latvija venue where the piano is installed, boasts two concert halls with a combined seating capacity of 1,000. It is also home to a music academy for emerging young talent.

"Traditional pianos are meant to be transported in and out of the concert venues, but my vertical design has to be mounted on the building's structure," Klavins said.

"The size of the piano and length of strings do not set records for a record's sake: the idea is to create the best imaginable sound for all the performers and listeners who come to this particular hall," he added.

On display to the public for the first time on Friday, the instrument has already created a buzz among piano enthusiasts.

"Composers and performers from all around are interested in playing the new Klavins piano, which will open new avenues of artistic expression for them," said Miks Magone, the creative head of the new concert venue.

Pianist Lubomyr Melnyk from Canada, known for a technique using an extremely rapid succession of notes, will be among the first to play the 450i next week, Magone said.

One of six German pianists will also use it in a performance of "Six Pianos" by Steve Reich, he added.

Ventspils Mayor Aivars Lembergs has his fingers crossed that the record-breaking piano will help the industrial port city of 40,000 rebrand itself into a family-friendly tourist destination.