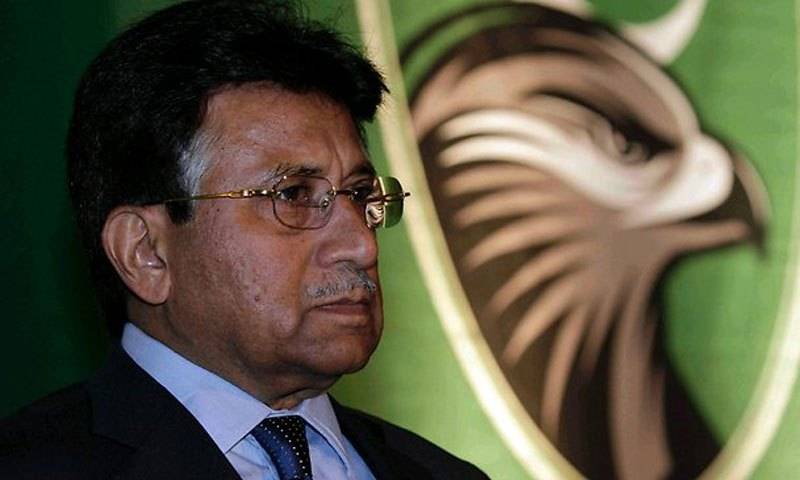 ISLAMABAD - The supreme court accepted a slew of conditions put forth by former president General (r) Pervez Musharraf for returning back to the country as it resumed hearing into the National Reconciliation Ordinance (NRO) case.

During the hearing of the case on Tuesday,  Musharraf's counsel Akhter Shah appeared before a three-member bench headed by the chief justice Mian Saqib Nisar and submitted the assets details of the former president.

The counsel argued that the former president desired the fulfilment of a few conditions for returning back to Pakistan including the unfreezing of assets.

To this, the top judge remarked that Musharraf should return to Pakistan as he would be provided with pocket money and foolproof security under the supervision of Director General Rangers.

'A military brigade would be deputed to safeguard Musharraf if he desires so,' observed the chief justice.

Chief justice Mian Saqib Nisar remarked that the Chak Shehzad residence of the former military general would also be opened and cleaned while a doctor would also be arranged for the medical checkup.

Upon this, Musharraf's counsel replied that he had talked to his client who seeks seven days to make a decision in this regard. He highlighted that Musharraf faces issues pertaining to accommodation and health.

'Musharraf owns a residence in Dubai but has no home in Pakistan,' argued Akhter Shah.

Upon this, the chief justice remarked that the bench was devising a permanent solution, saying that the embassy would be directed to issue relevant documents to Musharraf.

'We (court) will not inquire the former president about his assets in case he returns,' remarked the top judge.

On the occasion, the top judge quipped in Punjabi: Hor Dasso Ki Chahydi Ae (What else do you want from us), asking renowned lawyer Naeem Bukhari to ensure cleanliness at the residence of the former president.

'Pervez Musharraf holds judiciary in high esteem,' argued Akhter Shah to which the top judge remarked that the conduct reflects whether someone is respecting the judiciary or not.

'The name of the former president was not put on the Exit Control List by the government,' remarked the chief justice and added that neither the judiciary was behind the inclusion and exclusion of his name from ECL.

'Pervez Musharraf is not a coward, he wants to turn up before the courts so he should be permitted to return back to Pakistan,' contended Akhter Shah.

The chief justice told Musharraf's counsel that his client travels across the world for delivering lectures, pressing him for an early return of the former military dictator.

When the bench kept pressing Akhter Shah about seeking the timeframe of Musharraf's return, the counsel replied that he would consult the former president and would inform the bench later.

The bench adjourned the hearing for a week.