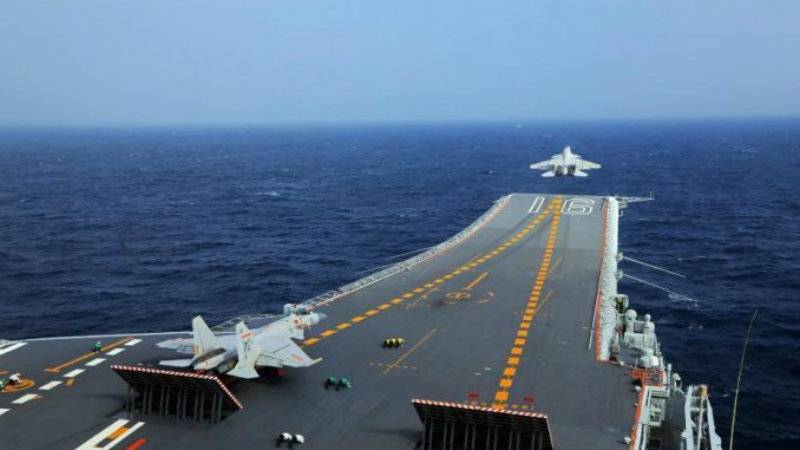 BEIJING - China has launched a new aircraft carrier as a milestone in President Xi Jinping’s drive to extend China’s military reach far beyond its shores.

It is the country's second aircraft carrier, after the Liaoning, and the first to be made domestically.

China has had only one operational aircraft carrier, the Liaoning, which it bought from Ukraine and refitted. 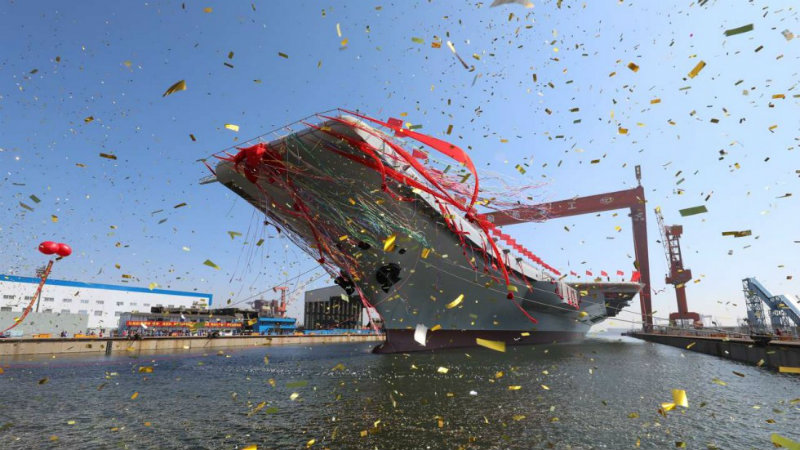 The as-yet unnamed ship was transferred into the water in the north-eastern port of Dalian, state media said.

It is far from ready for operations, but the launch “signified a major stage of progress of our country’s indigenous design and construction of aircraft carriers,” a news bulletin from the People’s Liberation Army said. It said the carrier would undergo more testing and fitting of equipment before trials in the water.

It will reportedly be operational by 2020. 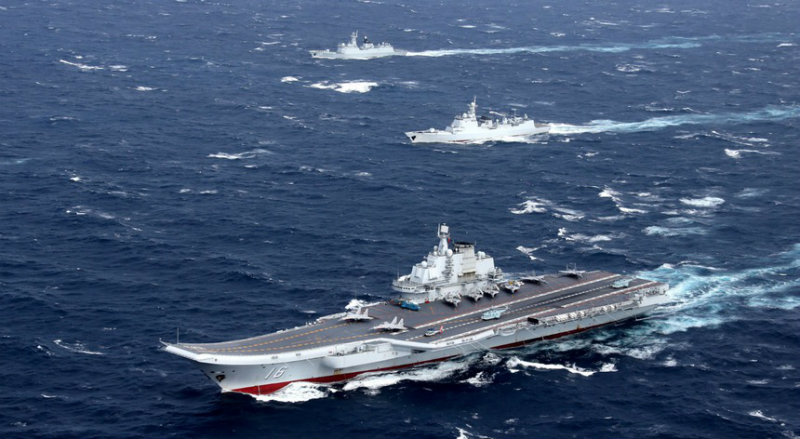 China launched its first aircraft carrier, the Liaoning, in 2011, after buying and equipping its rusting Soviet-era hull from Ukraine in 1998. The new carrier is built along similar lines, although it appears slightly larger and more advanced, analysts said. The vessel may need three or so years before it is fully equipped, tested and commissioned for missions.

China is entangled in maritime disputes with Japan, the Philippines, Vietnam and other Asian countries. India is also wary of China’s growing activities in the Indian Ocean, and Australia is responding to China’s naval buildup with its own. Among them, only India has an aircraft carrier, one a little smaller than the Liaoning.

Chinese President Xi has also made modernising and overhauling the People’s Liberation Army a pillar of his policies; in particular, he has overhauled command to shift more resources from traditional land forces to naval and air forces.

“Adjust to the demands of integrated joint operations and to the new system and organisation,” Xi said last Tuesday while meeting commanders of 84 corps-level units created as foundations of the reshuffle. “Develop into a crack operational force.” 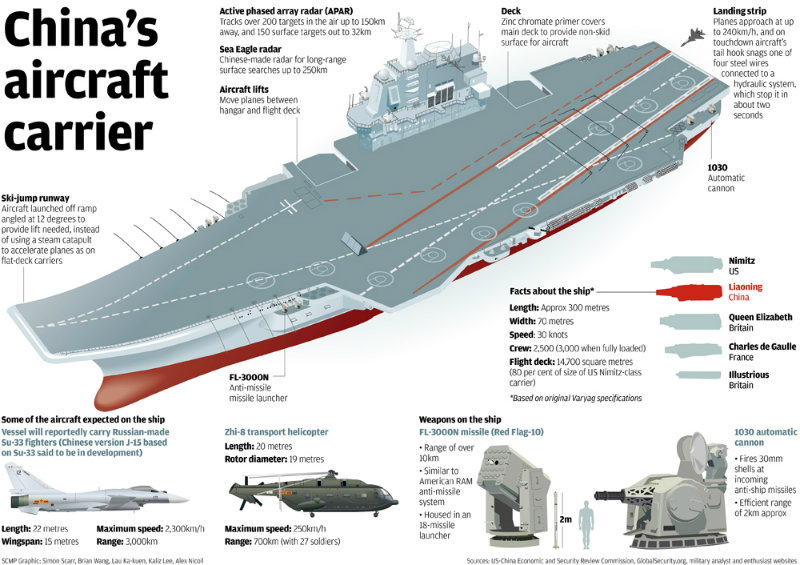 When fully equipped, China’s new carrier will weigh around 70,000 metric tons, experts have estimated. The United States Navy’s current Nimitz-class aircraft carriers weigh 100,000 tons and use nuclear power, which allows them to stay at sea longer without maintenance.

It will probably be two or three years before China’s newest carrier is commissioned, bringing it into operation. Building more advanced carriers capable of long-term missions far from China’s shores will take many years beyond that.

The carrier’s launch comes amid heated rhetoric between the US and North Korea and ongoing tensions in the South China Sea. The US has deployed warships and a submarine to the Korean peninsula, prompting an angry reaction from North Korea. China has urged calm.