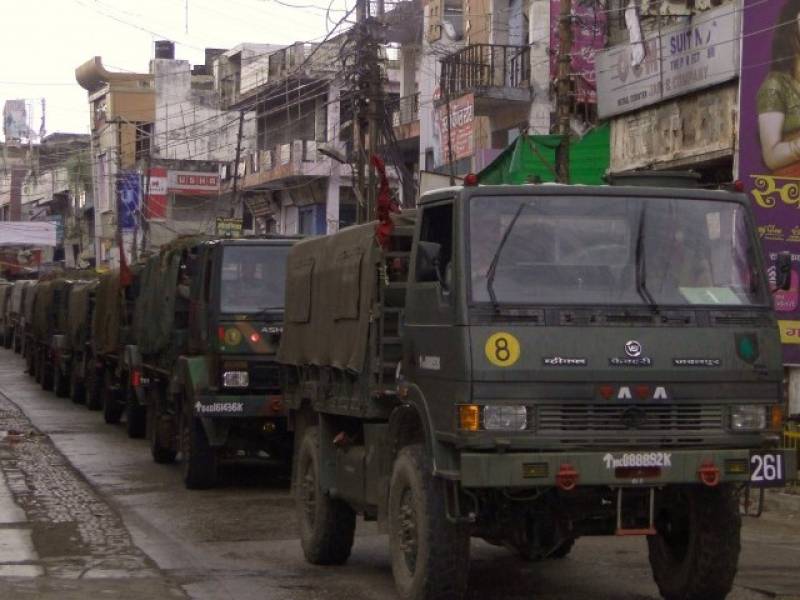 AHMEDABAD (APP) - Thousands of security officers were being deployed Wednesday to the main city of Indian Prime Minister Narendra Modi's home state after overnight rioting and arson by a caste demanding preferential treatment.

The Gujarat government imposed a curfew in parts of Ahmedabad and four other cities and towns across the western state and called in paramilitary reinforcements after members of the affluent Patidar caste went on the rampage.

Stone-throwing Patidars or Patels torched cars, buses and police stations over the arrest late Tuesday of their firebrand leader who had hours earlier led a massive protest in Ahmedabad, senior officers said.

At least a dozen officers were injured in the violence, prompting the first curfew in the state since 2002 when communal riots left at least 1,000 people dead, Gujarat Director General of Police P.C Thakur said.

"The curfew was imposed following large scale arson and rioting by members of the Patidar community in different cities of the state late on Tuesday," Thakur told AFP.

"There was heavy stone pelting of police vehicles and torching of police stations in Unjha and Kalol towns," he said.

"Thirty companies of paramilitary forces will be arriving in Ahmedabad from the centre (New Delhi) today morning." The companies number several thousand officers in total.

Shops, other businesses and schools were closed in the tense areas of Ahmedabad under curfew and hundreds of police were already patrolling its largely deserted streets, an AFP reporter in the city said.

Firebrand leader Hardik Patel, 22, appealed for calm after his release overnight on bail but also called for a strike Wednesday.

As many as 100 buses were torched and property damaged in the violence in Ahmedabad, Surat and Mehsana cities and the towns of Unjha and Visnagar, senior local officers said.

About half a million Patidars rallied in Ahmedabad on Tuesday, paralysing the city, to demand preferential treatment.

The Patidars, one of the state's most affluent castes, who make up around 12 percent of its population, say they are struggling to compete with less privileged castes for jobs.

India sets aside a proportion of government jobs and university places for Dalits, known as "untouchables", and for so-called "other backward castes" under measures intended to bring victims of the worst discrimination into the mainstream.

State authorities have already ruled out granting the Patidars' request, but their campaign has gathered pace in recent weeks.