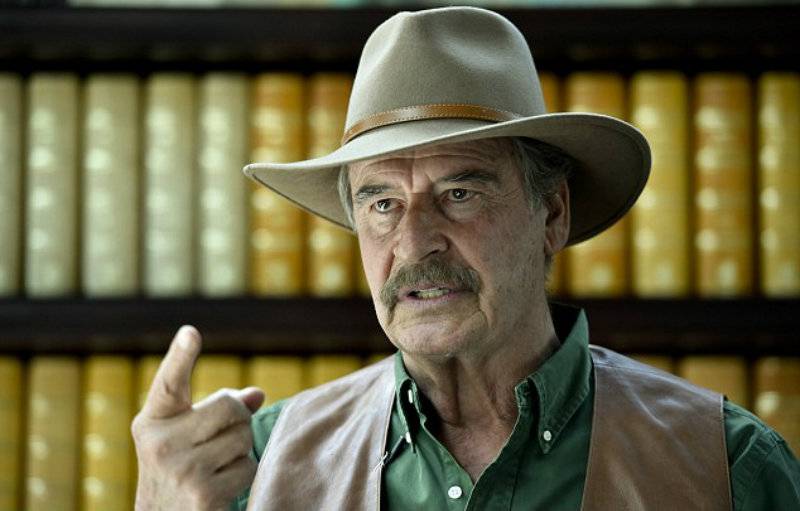 MEXICO CITY - Former Mexican President Vicente Fox has lashed out on Twitter upon hearing from Donald Trump and Press Secretary Sean Spicer that Mexico would pay for a border wall.

Vicente Fox Quesada is a Mexican businessman who was President of Mexico from 1 December 2000 to 30 November 2006 under the National Action Party.

“Sean Spicer, I've said this to Donald Trump and now I'll tell you: Mexico is not going to pay for that f***ing wall,” Vicente tweeted using a four-letter expletive – twice – to tell the world how he felt about the Trump administration's claims that Mexico would pay for a border wall.

He added the hashtag 'F***ingWall' to enunciate the point. 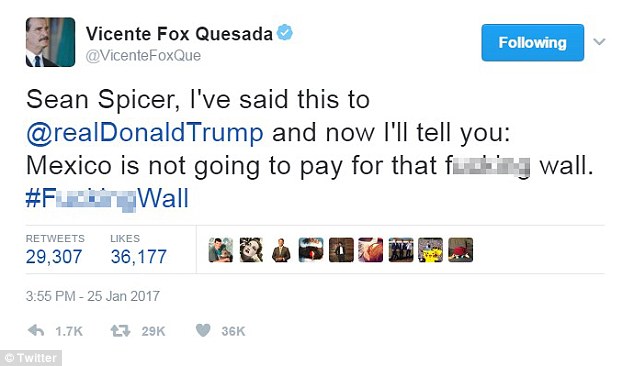 Five days into the new Trump administration and the president is making good on some of his campaign promises, including signing an executive order today to start the process of building a border wall.

“Mexico does not believe in walls. I’ve said it time and time again: Mexico will not pay for any wall,” Pena Nieto said in a video published Wednesday evening.

Donald Trump has signed an executive order for an “impassable physical barrier” and has insisted Mexico will reimburse the US for it. He also insisted in an ABC News interview yesterday that Mexico would ‘absolutely’ pay for the wall, but failed to clearly explain how that would happen.