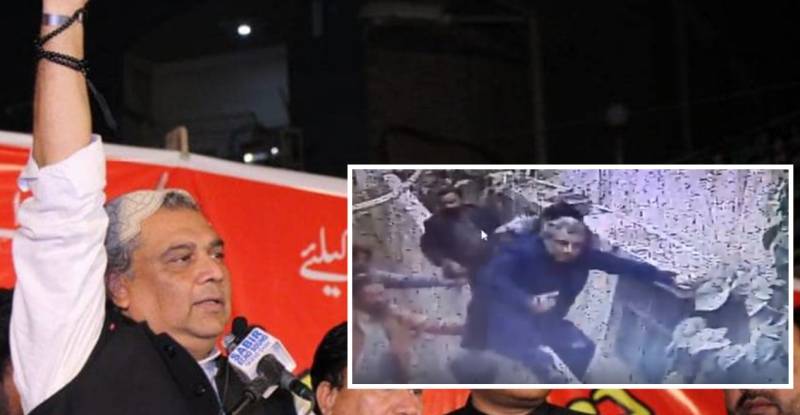 KARACHI – The second phase of Sindh local government elections witnessed several acts of violence and clashes between PTI and PPP activists with Keamari deputy commissioner accusing the PTI Sindh President and workers of forcibly entering the office and harassing staff.

Following the serious allegations from Keamari DC, a clip of PTI leader Ali Zaidi has surfaced in which the former minister was spotted escaping the deputy commissioner’s office during local body elections in the port city.

The viral clip shared by journalist Asad Toor shows Ali Zaidi escaping the DC office with more than a dozen party members after allegedly attacking the DC office for which a case had been lodged.

The case lodged by Keamari police includes several sections related to attempts to murder, terrorism, aerial firing, and others.

The PTI leader however secured bail from ATC in a terror case for vandalising the deputy commissioner (DC) office in the city's Keamari area.

The CCTV footages from within the premises are yet to be shared however DC office accused PTI leader of vandalizing the premises, damaging the vehicles, and taking office belongings including laptops with them.