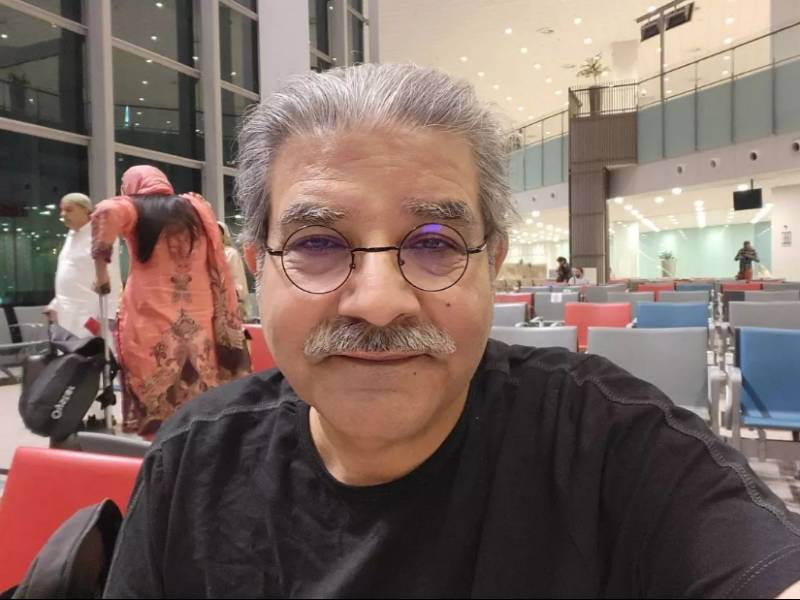 ISLAMABAD – Federal investigators have launched an inquiry against senior journalist Sami Ibrahim for his ‘anti-state’ statements.

Sami Ibrahim was booked under various sections of the notorious Prevention of Electronic Crimes Act (PECA), 2016 law which was widely condemned by journalists bodies and human rights organisations.

A press release issued by Federal Investigation Agency said Sami Ibrahim is accused of being involved in spreading fake news about state institutions.

FIA maintained that the Bol News anchor has made imputations that are glaring attempts to incite armed forces personnel to mutiny.

Officials also cautioned expatriates against spreading chaos in the South Asian country and warned that their social media posts must not be offensive or seditious otherwise action would be pursued against them.

The recent action comes as Sami Ibrahim, among several electronic media journalists, remained outspoken against newly installed government and some state institutions. In one of his clip, Sami criticised top officials of Pakistan Army and its alleged role in recent political changes.

Meanwhile, Sami Ibrahim also reacted to the development. Taking it to Twitter, he said “My counsel Raja Aamir Abbas has informed FIA that I’m out of country and will take necessary legal action after May 14.”

Last month, the Islamabad High Court declared the Prevention of Electronic Crimes (Amendment) Ordinance, 2022 (PECA) ‘unconstitutional’ and directed officials to probe the abuse of the law and submit a report in this regard within 30 days.

Meanwhile, new Information Minister Marriyum Aurangzeb announced that the Pakistan Media Development Authority (PMDA) was being disbanded in whatever shape or form it was working.

The PML-N minister mentioned that Imran-led government attempted to bring Prevention of Electronic Crimes (Amendment) Ordinance, 2022, which she termed a ‘black law’.