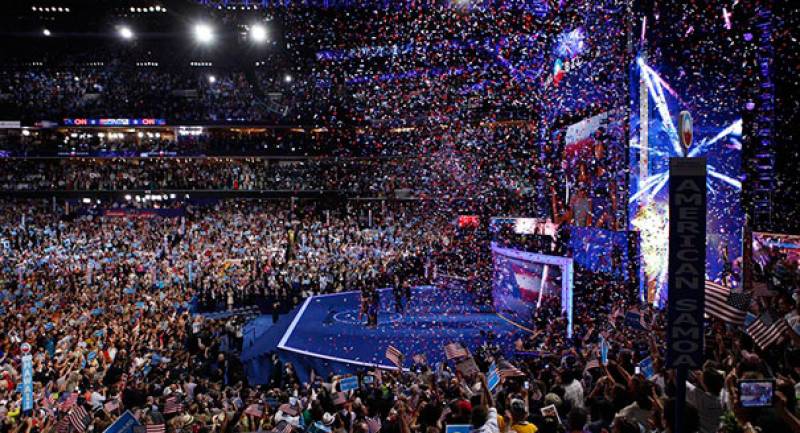 Hillary was also endorsed by the First lady of United States Michelle Obama through a very personal speech and another notable speech by senator Cory Booker.

Pro-Sanders supporters took to the streets and even protested inside the convention hall, interrupting the opening prayer of the convention, to express their anger at the leaked DNC emails fiasco. The leaked emails showed that Chairwoman Debbie Wasserman Schultz had secretly favored Clinton in the bitter primary season, in gross violation of the supposed neutrality of her position. Schultz resigned from her position on Sunday.

Despite the powerful endorsements for Clinton, questions about the unity of the Democrats still remain ahead of Clinton’s anticipated speech on Thursday.

Another highlight of the convention was when the comedian Sarah Silverman broke the ice between pro-Sanders supporters and the much larger Hillary camp by telling the ‘Bernie or Bust’ crowd that they were being ridiculous.

Republican candidate Donald Trump, on the other hand, took a shot at Democrats when he tweeted “Wow, the Republican Convention went so smoothly compared to the Dems total mess.’’