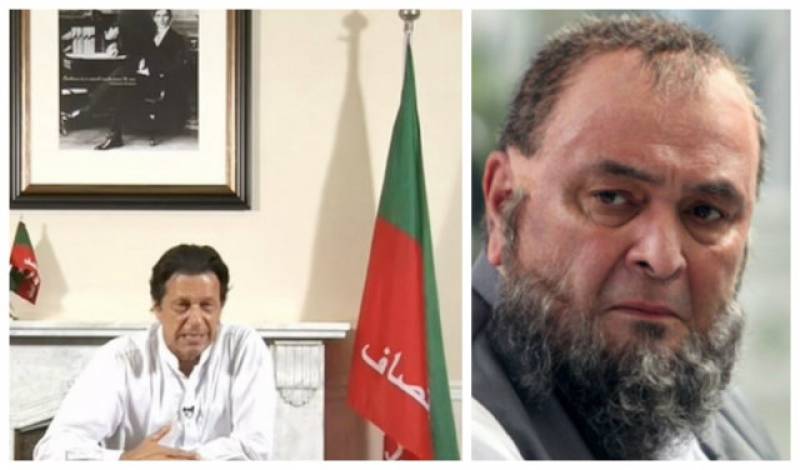 MUMBAI/LAHORE - The chairman of Pakistan Tehreek-e-Insaf (PTI), Imran Khan has won million of hearts not only in the county but across the world with his simple and elegant speech following his party’s victory in Wednesday’s general polls.

Imran Khan's fever has also reached out across the border as India’s acting legend Rishi Kapoor has applauded him for his ideologies and thoughts about Indo-Pak relations in his first address to the nation.

“Well-spoken Imran Khan”, the actor tweeted on Thursday while mentioning about his upcoming film “Mulk” which kept him and his fellow cast in lime light since a while.

Well spoken Imran Khan. I have been saying whatever you said on all channels past two days regarding India-Pakistan! I hope you succeed in making your “Mulk” have good relations with my “Mulk” pic.twitter.com/YCe741vW22

“Mulk” which is a controversial film highlighting the bias towards Muslims of India is also deemed as a funded project by Dawood Ibrahim and Rishi Kapoor as a pro-Muslim by the local media and people of India.

Kapoor hopes that Khan’s speech can clear out paths for better Indo-Pak relations just as he made an effort through his film.

'Will run Pakistan like never before,' Imran Khan vows to eradicate corruption and live a simple life in victory speech

On India, Imran Khan said: “I was saddened in the last few days, how the media in India portrayed me as a Bollywood film villain. It seemed like India feared everything bad would happen if Imran Khan came into power. I am the Pakistani who has the most familiarity with India, I have been all over that country.”

“I think it will be very good for all of us if we have good relations with India. We need to have trade ties, and the more we will trade, both countries will benefit. The unfortunate truth is that Kashmir is a core issue, and the situation in Kashmir, and what the people of Kashmir have seen in the last 30 years. They have really suffered.

“Pakistan and India's leadership should sit at a table and try to fix this problem. It's not going anywhere,” he added.

“We are at square one right now [with India]. If India's leadership is ready, we are ready to improve ties with India. If you step forward one step, we will take two steps forward. I say this with conviction, this will be the most important thing for the subcontinent, for both countries to have friendship,” he continued.

Pakistan Tehreek-e-Insaaf (PTI) has emerged the single largest party after the general elections held on July 25.