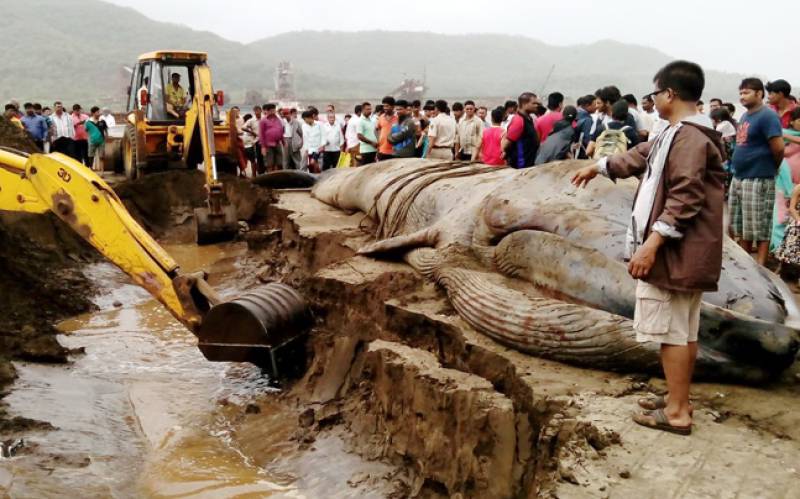 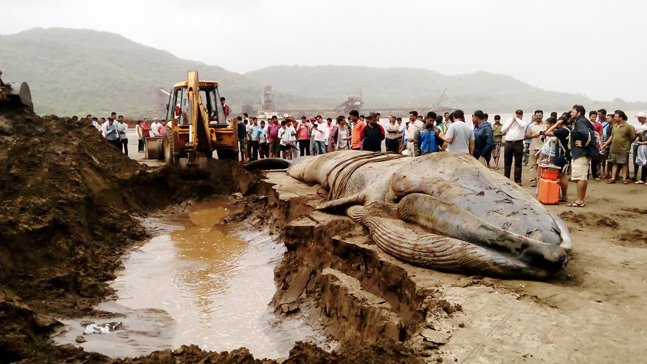 Despite efforts to move the 20-tonne marine mammal by local fishermen and the Alibaug forest department for more than 10 hours, the whale died ashore around 4am on Thursday.

The whale may have got stranded in shallow water, resulting into eventual death.

Another dead whale was found at the Uran coast around two months ago.