IS sells 42 Yazidi women to fighters 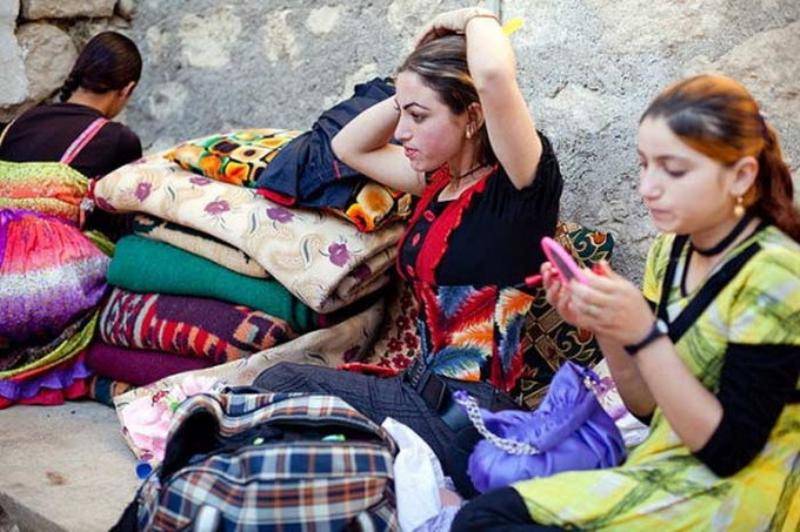 BEIRUT (Web Desk) - The Islamic State group on Thursday sold 42 Iraqi women it had abducted from the Yazidi religious minority to its fighters in eastern Syria.

The women were kidnapped last year in the Sinjar region of northern Iraq where IS had launched a wide offensive, Daily Capital cited.

Earlier this month they were brought to the IS-held town of Mayadeen in Syria‘s eastern Deir Ezzor province.

“Some were abducted with their children but we do not know their fate,” said Observatory director Rami Abdel Rahman.

The Yazidis, a religious minority which lives mainly in Iraq’s Sinjar region, are neither Muslims nor Arabs and follow a unique faith. They are considered infidels by the jihadists.

In 2014, the jihadists massacred Yazidis, forced tens of thousands of them to flee, captured thousands of girls and women as spoils of war and used them as sex slaves.

The UN has said the atrocities committed against the small community may amount to genocide.