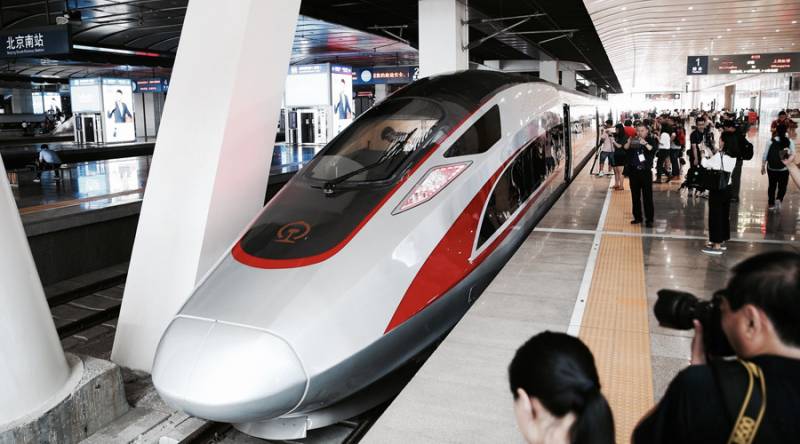 BEIJING - The first high-speed train designed and manufactured entirely in China debuted on the Beijing-Shanghai line on Monday. It boasts a top speed of 400 kilometers per hour (kph).

The high-speed train is called ‘Fuxing’ which means 'rejuvenation.' There are currently two models, CR400AF and CR400BF, operated by China Railway Corporation.

A CR400AF model departed from Beijing South Railway Station at 11:05 am local time for Shanghai. At the same time, a CR400BF model left Shanghai Hongqiao Railway Station for Beijing.

The trains will run at a steady 350 kph meaning it takes three and a half hours to travel between Shanghai and Beijing. Currently, the travel time between the two cities by rail is around five hours.

The Beijing-Shanghai railway line is China's busiest, used by more than 50,000 passengers daily.

The Fuxing train has a sophisticated monitoring system which checks its performance in real time and automatically slows the train in case of emergencies or abnormal conditions.

The bullet trains provide free Wi-Fi and more legroom in all carriages.

According to Lu Dongfu, the general manager of the China Railway Corporation, the new train models were developed according to China's railway standards and technologies.