Team India creates ODI world record for most 300-plus totals 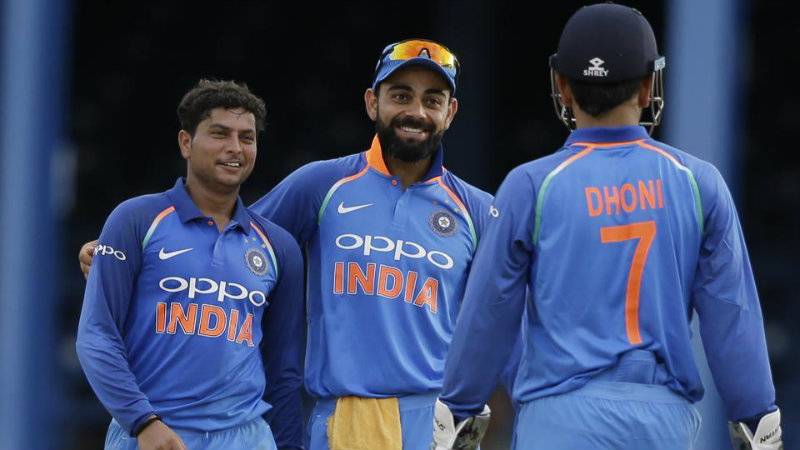 PORT OF SPAIN - Virat Kohli’s Indian cricket team Sunday put up a magnificent show in the second ODI against West Indies in Port of Spain as they registered a 105-run win to take a 1-0 lead in the series.

During the course of the innings, India went past 300 for the 96th time in ODIs, thus creating a new world record. They went past Australia’s mark of 95.

India and Australia are the only countries who have notched up a 300-plus totals over 90 times. South Africa, the world No.1 ranked ODI team, have registered 300-plus totals 77 times, followed by Pakistan and Sri Lanka.

Out of the 96 times India have gone past 300, they have registered 75 wins and 19 losses with two matches being tied. However, the number of losses is also the highest by any team in the list.

Australia have won 84 out of the 95 times while posting in excess of 300 while South Africa have lost only seven times when they have gone past this total.

Kohli’s team are in second position when it comes to scoring totals in the range of 350 to 400-plus. India have scored a total in this range 23 times, just one behind South Africa who have reached scores in this range 24 times.

India suffered a humiliating defeat by Pakistan who thrashed the Men in Blue by 180 runs in final match of Champions Trophy on June 19 in London.

When it comes to totals in excess of 400, India once again are in second position behind South Africa. The Proteas have a record six scores in the 400-plus range in ODIs while India have five.