Footballs export increases by over 10pc in fiscal year 2017-18 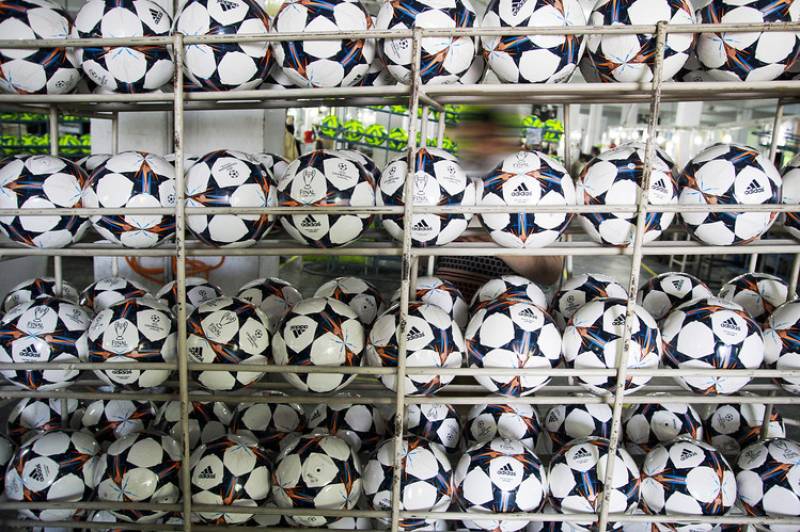 LAHORE - Export of footballs from Pakistan during May-July 2017-18 has increased by 10.64 percent as compared to same period of the previous year 2016-17.

According to Pakistan Bureau of Statistics, as many as 37.28 million numbers of manufactured footballs valuing 153.018 million dollars were sent abroad during the period under review compared to the export of 32.568 million football worth of 138.3 million dollars during July-May last year, reported Radio Pakistan.

The increase in export of footballs is witnessed amid ongoing FIFA World Cup in Russia, where Pakistan's manufactured special footballs are being used.