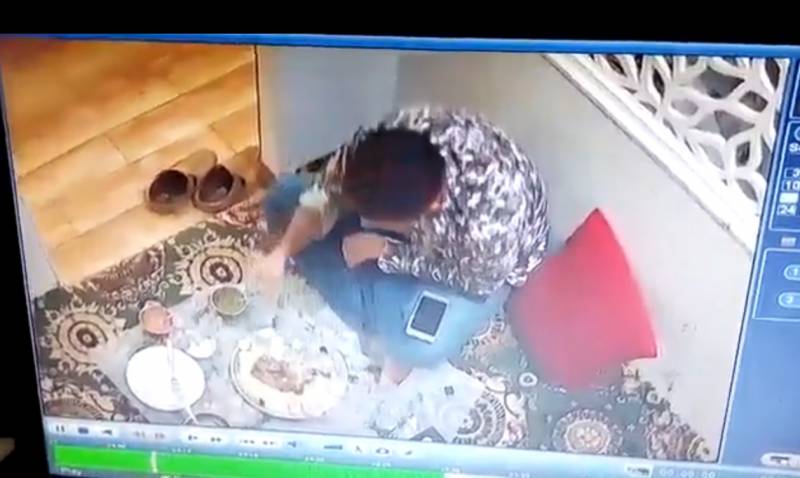 KARACHI – In a bizarre incident, a man was caught putting his hairs in the food served at Karachi’s local restaurant for just to avoid payment.

In a CCTV footage posted by the restaurant Masken Mandi, a middle-aged man can be seen ordering his food and later on plucks his eyelashes, hold them in hands, puts it on the half-eaten plate after he had finished most of his meal.

After the incident, the man started arguing with restaurant's employees and left the eatery without paying the food bill.

Laterwards, the food outlet issued a clarification and decried the move of the youngster, saying they were being defamed over a hoax.