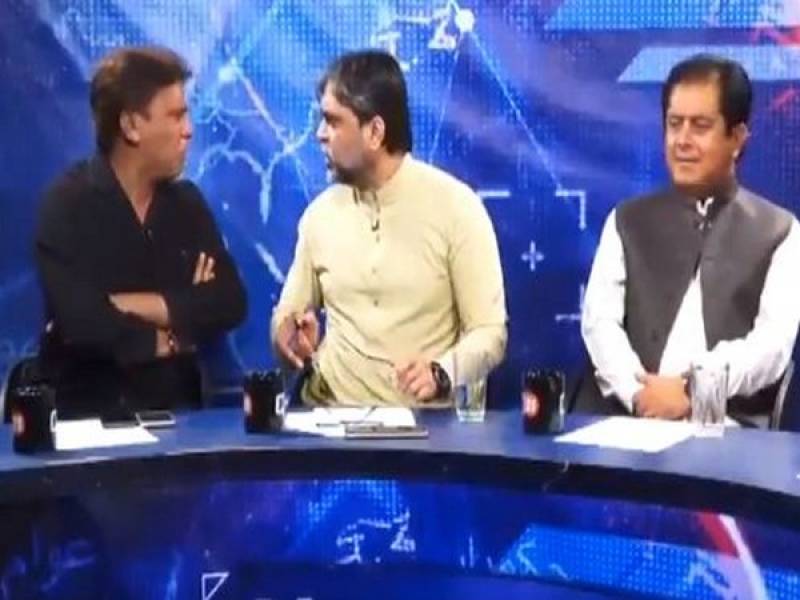 KARACHI - The ruling Pakistan Tehreek-e-Insaf suspended the membership of former district president Malir, Masroor Ali Siyal after he was caught on camera roughing up a journalist.

Siyal has been served a show cause notice over his conduct during a TV show wherein he assaulted President Karachi Press Club, Imtiaz Khan Faran.

'Your behaviour has badly damaged the image of the party and created uproar in the journalist community,' stated the notice issued by Secretary General, Arshad Dad on Wednesday. 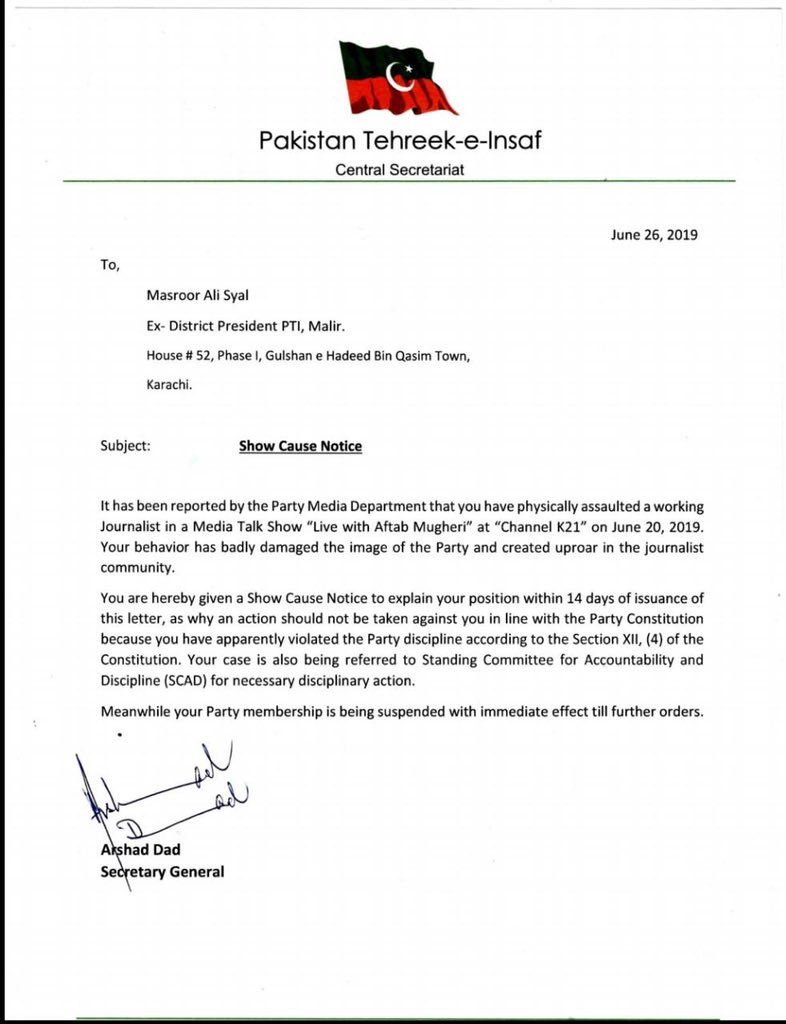 Siyal was informed that his case was being referred to the Standing Committee for Accountability and Discipline for necessary action.

During the TV show 'News Line with Aftab Mugheri', Siyal could be seen arguing with the journalist before losing his temper.

Both the guests sat down after the heated argument, however, the duel was captured and shared widely no the social media, prompting anger among the journalists who had demanded stern action against the politician.