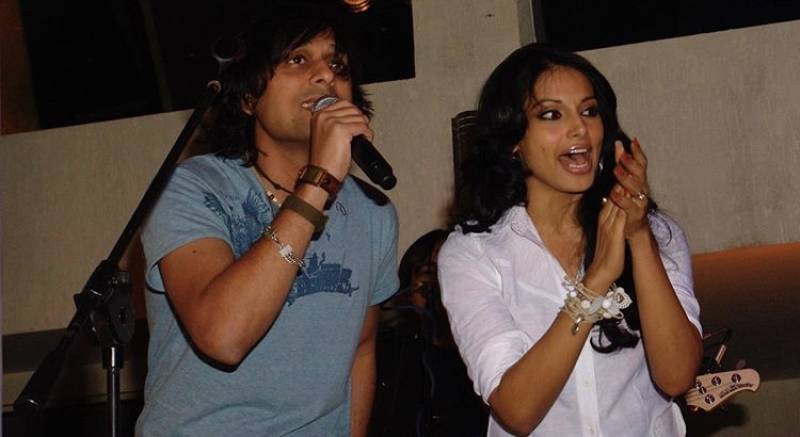 It's no news that Bollywood has always taken a liking to Pakistani actors. Over the years we have witnessed several collaborations between artists from both nations.

From Mahira Khan and Ali Zafar to legendary singers such as Rahat Fateh Ali Khan and Atif Aslam, a handful of celebrities have been lauded across the border for their talent.

However, another popular band to have worked on a few Bollywood hits were Strings! Bilal Maqsood and Faisal Kapadia’s most famous song was Ye Hai Meri Kahani from Zinda, which starred John Abraham and Sanjay Dutt.

Recently, on Instagram, Bilal went down the memory lane and shared his interaction with Indian actor Bipasha Basu.

“Bipasha Basu was a good sport!” the Coke Studio singer wrote. “Came on stage while we were singing Sarkiye ye Pahar during a show for the launch of John Abraham’s clothing line.”

Strings have also composed Akhri Alvida from Shootout at Lokhandwala and the theme song of SRK's popular movie, My Name Is Khan.