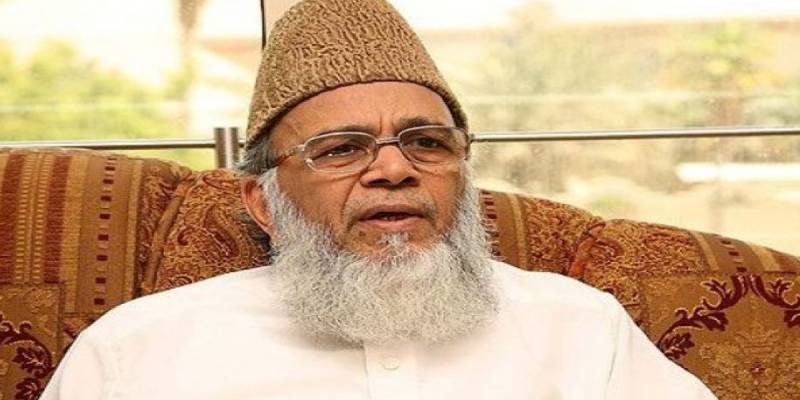 According to media details, 78-years old Syed Munawar Hassan was admitted to a local hospital in Karachi for medical assistance over deteriorating health.

He was recently put on the ventilator after his health worsened.

Munawar Hasan was born in Dehli, India on August 5, 1941.He obtained Master’s degree in sociology in 1963 and in Islamic Studies in 1966 from the University of Karachi.

Hasan joined Jamaat-e-Islami in 1967 and later served as assistant secretary, secretary and deputy chief of the JI’s Karachi chapter. His big break came in 2009 when the party elected him as its fourth chief.