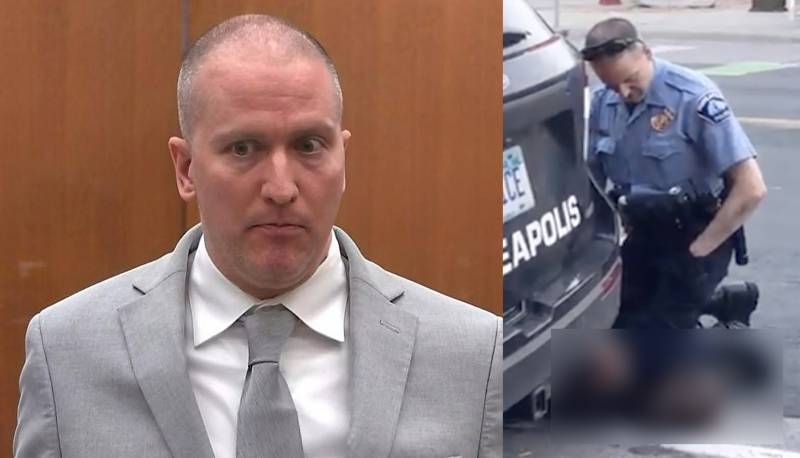 WASHINGTON – Derek Chauvin, a white ex-police officer who put his knee to the neck of African-American George Floyd for nine and a half minutes, sentenced to 22 and half years in prison for the second-degree murder conviction.

Judge Peter Cahill who announced the verdict said ‘The sentence is not based on emotion or sympathy, neither based on public opinion, but on the law and the facts specific to the case.’

The judge ruled that two aggravating factors warranted a harsher sentence as the 45-year-old former law enforcer who ‘abused his position of trust or authority’ and treated George Floyd with ‘particular cruelty.’

During the hearing, the convicted Chauvin offered condolences to the family of the deceased, saying ‘there would be some other information in the future and he hoped things will give you some peace of mind’ however, he did not apologise.

Reports cited that the former cop, who was convicted last month, was only sentenced for the most serious of the charges. The charge can carry a sentence of up to 40 years, but as per state guidelines stipulate a typical sentence of about 12 1/2 years for someone with no criminal record.

Reports quoting Minnesota Department of Corrections spokesperson said ‘Chauvin will remain in a restricted housing unit separated from the general population at the Minnesota Correctional Facility- Oak Park Heights for the time being.

WASHINGTON – A jury in the US state of Minnesota has found former Minneapolis police officer Derek Chauvin guilty ...

Earlier, the lawyer of Chauvin described the homicide as ‘an error made in good faith.’ He and three other former officers are separately charged with violating George Floyd's civil rights.

President Joe Biden while commenting on the sentence said ‘it seemed to be appropriate" but admitted that he did not know all the details.’

Meanwhile, the family of late Floyd and their supporters welcomed the prolonged sentence. A tweet of his lawyer stated ‘This historic sentence brings the Floyd family and our nation one step closer to healing by delivering closure and accountability.’s

In solidarity with Black Lives Matter protest going on in US, Pakistani truck artist Haider Ali has painted a mural of ...

Soon after the death of a black man, thousands took to the streets across the US and around the world, in response to Floyd's death.

At first, tens of thousands of protesters in the US marched peacefully, but later many of the demonstrations turned violent.

Anti-racism protests went global chanting Black Lives Matter. Meanwhile, in other countries across the world, statues deemed to symbolize racial injustice were taken down and protesters demanded that anti-racism efforts be stepped up