NCOC to discuss board exams, students promotion next week 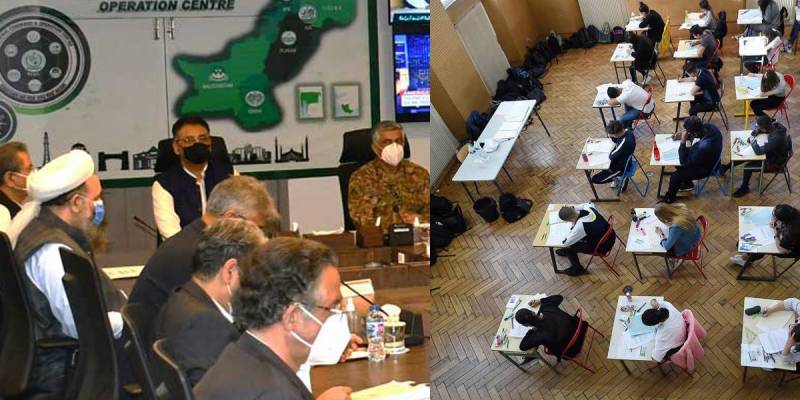 ISLAMABAD – Federal Planning Minister Asad Umar will chair a meeting with top officials on June 29 to discuss the future course of physical examinations across Pakistan.

The meeting will be attended by Federal Education Minister Shafqat Mahmood along with all provincial education ministers.

Earlier, Shafqat Mahmood announced that the Matriculation and Intermediate examinations would begin after 10 July. No student would be promoted to the next class without examinations, he warned students besides advising them to spend their time in preparation.

ISLAMABAD – Minister for Education Shafqat Mahmood announced to reduce syllabus for board exams of matric and ...

Shafqat also announced that the exams for students of classes nine and 10 would be held only for mathematics and elective subjects this year, while O-Level examinations will be conducted after 26 July.

A large number of students in Rawalpindi, Swat, Bahawalpur, and other cities protested against online examinations a few days ago, and the police had arrested a dozen of miscreants who ransacked public assets in the guise of protest.