Matric, intermediate exams to be held only for elective subjects in July: Shafqat Mahmood 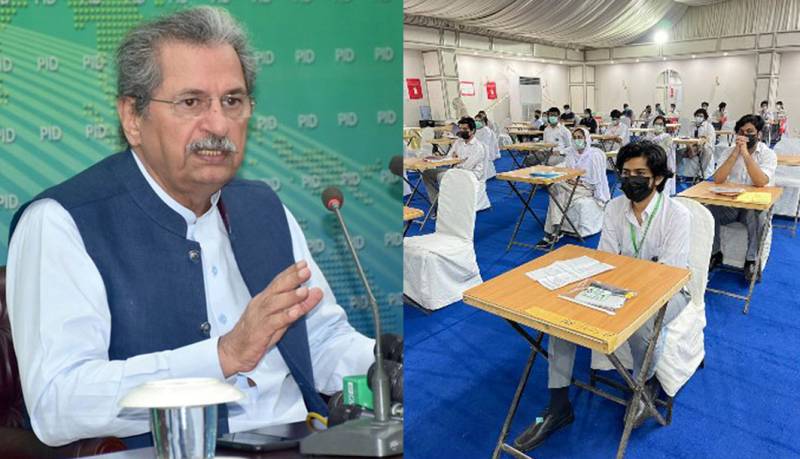 ISLAMABAD – Minister for Education Shafqat Mahmood announced to reduce syllabus for board exams of matric and intermediate, addressing students' grievances regarding their course work being incomplete.

He further said that the exams for classes 9 and 10 will be held after July 10.

The government, in April, had postponed all kinds of exams due to deteriorating situation of COVID-19 pandemic in the country.

Shafqat Mahmood said the provincial education ministers were of the view that results should be finalised by the third week of September.

He reiterated the committee's earlier decision that no student will be awarded grades without taking exams.

On May 24, officials after the session of the inter-provincial education ministers announced to conduct examinations of all classes and clarified that no student will be promoted to the next class without examinations this year.

Pakistan’s nerve center on Covid last week announced vaccination of all academic staff against COVID-19 on a priority basis.

Meanwhile, students across Pakistan don't want to sit for their exams this year and they are out on the streets chanting slogans against the government. Police during the crackdown also nabbed dozens of protesters who damaged public assets during the violent protests in the federal capital.

The agitating students cited that the closure of educational institutions due to the Covid-19 pandemic badly affected their academic year. The final exams should be taken online as the authorities conducted online classes.