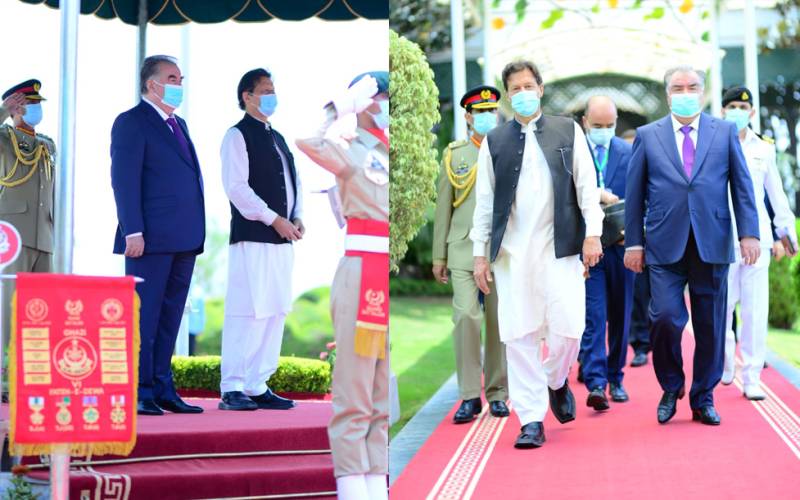 The meeting between the two leaders held at the Prime Minister’s House where they discussed bilateral relations.

Both leaders had one on one meeting. pic.twitter.com/4jeqTt6pO1

A formal welcome ceremony was arranged to honor the visiting dignitary earlier in the day. Armed forces also presented a guard of honor to the Tajik President while national anthems of both the countries were also played on the occasion.

The visiting dignitary was given a guard of honour upon his arrival. pic.twitter.com/lYovOBc0Fa

The two countries have immense potential to expand multi-faceted bilateral cooperation, including trade, he pointed out, adding it is welcoming that the leadership of both the countries has been endeavoring to further strengthen the bilateral ties.