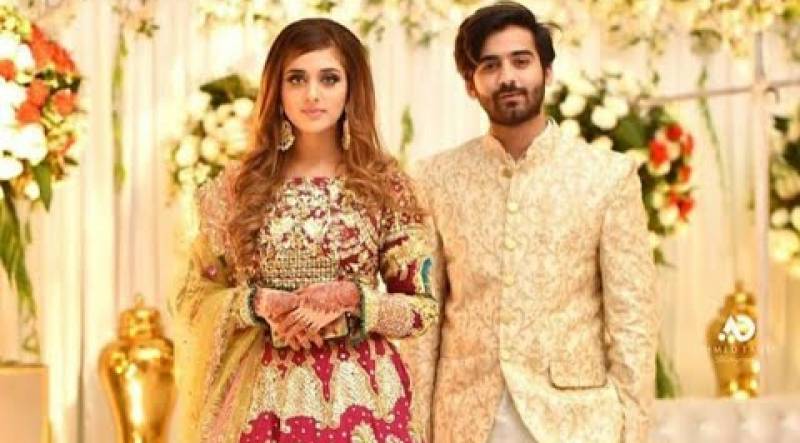 Congratulations are in order for TikTokers Jannat Mirza and Umar Butt who are officially slated for marriage in light of their Baat Pakki which has been confirmed by Mirza herself.

Being the most followed Pakistani celebrity on TikTok, Jannat's massive fan following was naturally curious if a possible wedding is on cards. Moreover, due to some cryptic posts by Butt and Mirza simultaneously had fueled engagement rumours.

Confirming the news to a private news agency, Mirza said “By the grace of Allah, 'baat pakki' of me and Umar has happened, however, an official engagement ceremony has not yet taken place.”

She further said, “Whenever our engagement ceremony happens, I will share the good news with everyone.”

Earlier, rumours were abuzz on social media that Jannat and Umar are engaged. Turning to her Instagram handle, Mirza posted a story where she rubbished engagement rumours. Further, she reassured that she will let everyone know in case she gets engaged.

“We are not engaged,” she said. “When it happens, I’ll definitely tell everyone.”

Pakistan's most popular TikToker Jannat Mirza has denied reports that she is engaged to fellow TikToker Umer ...